Vassilis Kikilias: 63 direct flights per week from the USA

Vassilis Kikilias:“Tourism is – and rightly – the great economic powerhouse of the country”,

“Tourism is – and rightly – the great economic powerhouse of the country”, noted the Minister of Tourism Vassilis Kikilias in the interview given to the SKAI radio, adding that the Government expects significant revenues in 2022 from the sector.

Mr. Kikilias referred extensively to the optimistic messages that are foreseen for this year’s tourist season, both in terms of reservations and the level of first arrivals in our country, citing the example of increased tourist flows from the USA.

“We have never had 500,000 travelers directly from America to Eleftherios Venizelos and Athens – with the first flight starting on March 7 – coming from Atlanta, Chicago, Boston and all three American companies,” he said. According to the Minister of Tourism, there will be 9 flights a day from the USA alone, a number that corresponds to 63 flights a week, while – as he said – there seems to be the possibility of direct flights to the major airports in America and with Thessaloniki. 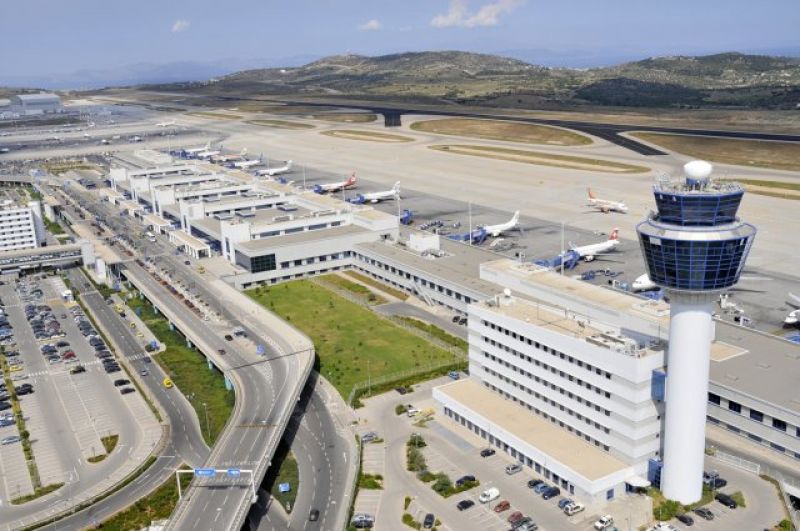 Mr. Kikilias focused on the quality of this year’s arrivals, as well as the strategy of extending the tourist season in our country, which is implemented with methodical moves all this time, as a result of the very hard work – as he characterized it – by all people of tourism, EOT, Marketing Greece, but also the private sector.

“Strategically, our goal since winter has been to extend the tourist season in the country and how to” illuminate “other destinations,” said the Minister of Tourism, emphasizing that travelers currently arriving in Greece – especially from US tourism market – is high-income and fits the profile of the tourism product upgrade, which our country is aiming for.

“Our strategy is simple. We bring the beginning of the tourist season earlier, and end it later, we are creating a specific “concept” and we strengthen all the regions, so that finally without intermediaries – vertically and horizontally, without intermediaries – income arrives and the domestic economy is strengthened, everything, our products and our primary production “, said Mr. Kikilias, pointing out that already in road tourism and cruises there is an increase of 180% in northern Greece and 130% in Piraeus, respectively.

As the Minister of Tourism added, Greece is in the the most preferred place for French visitors, while the wave of reservations from England, Germany and the Scandinavian market is very important. “We expect a strong current – after two years – from Australia as well. We also have two direct flights from Canada, and Israel is proving to be an important partner – beyond security, know-how, digitization and defense – in the tourism sector as well. And the most impressive thing is that we have these data and numbers with China closed, as you know, due to the pandemic”, noted Mr. Kikilias.

The picture in Athens

The Minister of Tourism made special reference to the image of Athens, which – as he said – is being upgraded. “Athens is returning dynamically. Tourists line up, waiting under the Acropolis, at the Acropolis Museum, in Plaka, in Psyrri. The shopkeepers in Plaka and Monastiraki tell me that it’s been many decades since they’ve seen so many people at this time,” he underlined.

“I like to talk with data”, stressed the Minister of Tourism and added that the travel receipts – only for Athens – in the period January-February this year amounted to 273 million euros, increased by 306% from the corresponding period of 2021. The Minister of Tourism reiterated that the “fund” will be made at the end of 2022, however he did not fail to mention the very strong first data that are already confirmed. “For example, we were in Romania for two days for road tourism. The Romanians have Greece as their number one choice for vacations this year. Next week, I will go to Serbia and we will continue to do so to cover, you know, the Russian market that we lost because of the war,” he said.

Asked to comment on the gaps observed in this year’s tourist season in filling seasonal jobs in specific destinations, due to the previous two years of pandemic that led tourism workers to turn to other professions, the Minister of Tourism clearly stated: ” I would like to see quality jobs in tourism and I continue to talk and encourage professionals, hoteliers and homeowners to offer quality jobs for people. Most of them are good professionals, but for those who are not, the Ministry of Development, the Ministry of Labor and the Ministry of Tourism will carry out successive inspections throughout the country, so that – above all – employees in tourism who are our ambassadors, will be be paid with dignity and work properly “.

Finally, referring to the 14th Congress of New Democracy that ended yesterday, and the new challenges that were set until the elections in 2023, Mr. Kikilias characterized the Government of New Democracy as the only option. “We saw the way Mr. Tsipras wants to govern five years ago and it almost led to a catastrophe. And Mr. Androulakis, however, obviously for his own reasons – which will be seen in the course – does not want to rule. The issue is who has the personality, the love for the Greeks and who cares about the average citizen, who wants to support them, help them and, of course, who can govern. And it is obvious to everyone that, at the moment, only Kyriakos Mitsotakis can be this choice”, concluded the Minister of Tourism.

Daedalus is scheduled to go into operation in 2024, replacing the existing supercomputer ARIS, with GRNET having responsibility for its development and operation

In the summer of 2023, he added, the canal will reopen for four months, and the project will be completed in 2023, including the restored section.

The airline will operate the thrice weekly flights between Riyadh and Mykonos on Mondays, Wednesdays and Fridays