The initiative belongs to the head of the European People’s Party (EPP) Manfred Weber and the general secretary of the EPP, Thanasis Bakolas, one of the close associates of PM Kyriakos Mitsotakis. The timing for the closed meeting of around twenty leaders and party leaders – a “two-day brainstorming” session, as they call it among themselves – is not at all coincidental.

The goal is to unite the forces of the European Center-Right in view of crucial electoral contests in 2023 in Greece, Spain, Poland and Finland, as well as the general elections of 2024.

The “descent” of the European center-rights begins today to mark a 48-hour period of fermentation and regrouping at the Asteras Vouliagmenis hotel, where the Greek Prime Minister will tonightopen the “EPP Leaders Retreat”, giving, according to government sources, a clear mark for the next political period. 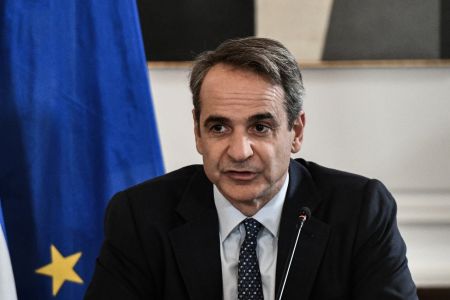 The head of the Commission Ursula von der Leyen will be present, with whom Mitsotakis, according to information, will also have a bilateral meeting, which is considered important, among other things, in view of the energy summit in Brussels. Besides, prime ministerial associates note that Mitsotakis “brings proposals” to the table of the European Council.

In addition, the President of the European Parliament Roberta Metsola and, among others, the former President of the European Council and the EPP Donald Tusk, the Romanian President Klaus Iohannis, the Cypriot President Nicos Anastasiades, the Austrian Chancellor of Austria Karl Neuhammer, the Prime Ministers of Croatia Andrej Plenkovic and Slovakia’s Edward Heger and Italy’s Foreign Minister Antonio Tajani.

The meeting downtown before Vouliagmeni

For today at noon, before the work of this informal session of the EPP begins, there will be a meeting at the PM’s office at the Maximos Mansion between Mitsotakis, Austrian Chancellor Nehammer, Romanian President Iohannis and Italian Minister Tajani is scheduled. Competent sources said that the meeting in Vouliagmeni has an element that differentiates it from the classic sessions of the EPP.

This time, both the environment of the meeting and the fact that there are no strict deadlines or other restrictions, which always put pressure on the participants in the meetings that take place before the European Councils on Belgian soil, are different.

For the Greek side, the decision of the leaders and party leaders to travel to Greece during this period is also a sign of support – a “vote of confidence”, they say – in Mitsotakis ahead of the national elections. Of course, the European Center Right wants to maintain its strength in the battle of 2024 and thus increase its positions in the European Council. After all, the talks about Charles Michel’s successor are slowly starting.

Defense and security are on the agenda

As far as the “Vouliagmeni agenda” is concerned, it is also open, although it will certainly include the most important European issues, among them the economy, defense, security and, obviously, institutional issues. The prospect of the rise of the extreme right in Europe, due (and) to energy precision, is one of the political issues that concern the EPP.

Greece has climbed nine places in the “Democracy Index” ranking for 2022 according to the Economist Intelligence Unit (EIU) published on Wednesday. Greece’s overall score rose to 7.97 in 2022, up from 7.56 in 2021 lifting the country from 34th place to 25th.

ΣΤΑΘΗΣ ΚΑΛΛΙΝΙΚΟΣ 03.02.2023 | 10:45
Amendment to exclude electoral candidates with criminal past at the Parliament

The burial of Marios-Michail Touroutsikas, who lost his life on Monday morning during a training flight with a Phantom F-4 fighter aircraft, took place on Thursday. The scenes were clearly upsetting as mourners expressed their farewells to the 29-year-old in the most expressive ways.