Pagenews.gr / English Edition / Deloitte: What the tourism industry expects in 2023 – The distinction of Greece

Rising costs, lack of skilled labor, high staff costs and rising interest rates are the major risks threatening the growth of the Tourism and Hospitality industry. This is confirmed by Deloitte’s “European Hotel Industry Survey 2022” which records the trends of the Tourism and Hospitality industry that are evident in Europe for 2023. More than 100 representatives of the hotel industry participated in the survey, including hotel business owners, operators, developers and investors.

As a consequence of the challenges faced by the main tourism players, they are now turning towards a more defensive and conservative policy, focusing on improving performance and managing their cash flows. 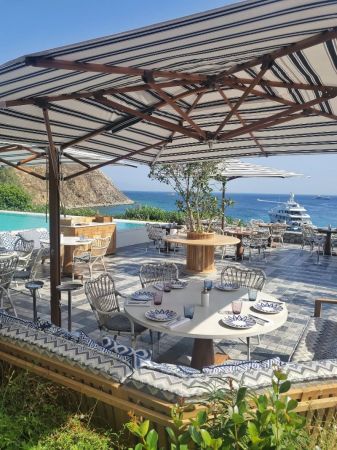 Additionally, 85% of respondents cite “managing inflationary pressures” as the number one priority on their agenda, while recruiting the right staff and reskilling/upskilling the industry is a serious concern for 63% of respondents.

At the same time, the economic recession, the inability to adjust prices upwards despite strong inflationary pressures, the effects of climate change as well as the lack of compliance with the sustainable development agenda and strategy put at risk the prosperity of the sector in the next period ( 1-3 years).

Regarding the investment categories, it seems that hotels are a more attractive investment opportunity compared to serviced apartments. As sources of financing for these investments, 27% of respondents estimate that private equity will remain the main source of equity capital for hotel acquisitions in Europe in 2023.

On the other hand, alternative lenders are the most common source of debt financing in the European hotel market for 2023, while all other sources have lost momentum compared to a year ago, with the exception of traditional debt financing and sovereign wealth funds.

In addition, around two-thirds of respondents (62%) expect investment interest in the European hotel industry to come mainly from Europe, less so from the UK, while increased investment interest is currently emerging from North America, Middle East and North Africa compared to 2021.

Finally, in terms of the European outlook and investment cycle, it is estimated that the United Kingdom (37%), Germany (29%) and Ireland (28%) are on the decline as hotel investment destinations, while Greece (31%) Spain (33%) and Portugal (33%) on the rise.

Vassilis Kafatos, Partner, Clients & Industries Leader and Tourism & Hospitality Sector Leader at Deloitte said the following about the research, but also about Greek tourism: “There is strong foreign investment interest in the Greek tourism sector, both from large funds as well as from established hotel chains. More specifically, the greatest interest is shown in the creation and/or reconstruction of luxury resorts and high-end boutique city hotels both in established tourist destinations and in emerging ones that show significant growth prospects.