The Orthodox Patriarchate of Jerusalem officially informed the Israeli police yesterday through a letter addressed to its District Commander of its rejection of any restrictions on the number of celebrants on Holy Fire Saturday inside the Church of the Holy Sepulchre, its courtyard, its surroundings, its roof, or the entrances leading to it.

The letter was signed by the Secretary-General of the Patriarchate, Archbishop Aristarchus, in which he refuted the police’s arguments for placing restrictions on the number of worshipers and limiting them to 1,700. The Patriarchate rejected this offer on principled grounds that it doesn’t accept any infringement on the right to freedom of worship. 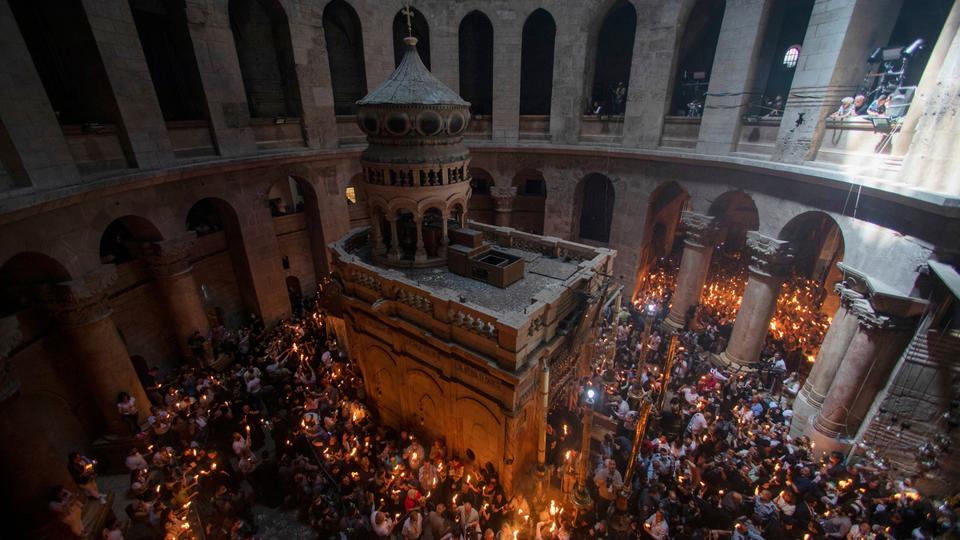 The letter stated that the number of worshippers in the Church of the Holy Sepulchre annually on Holy Fire Saturday ranges between ten thousand and eleven thousand people, which is the normal capacity of the church.

The letter argued that over the past years there has not been any incident that endangered the safety of worshipers, so the police’s argument that restricting the number of worshippers due to “public safety” concerns lacks any logical basis. The Patriarchate asked in its letter:

The patriarch made it clear that it will proceed as usual with its normal procedures related to Holy Fire Saturday and that it will issue invitations as it deems appropriate and without any limits. It also confirmed that all priests will in the Patriarch’s procession will not carry any badges, as the patriarchate affirmed the right of all worshipers to access The Church of the sepulchre, especially the participants in the morning prayer at the adjacent Church of St. Jacob, without any obstacles.

In the letter, the Patriarchate demanded the police not to put up barriers in the alleys of the Old City, as they impede the access of worshipers and priests from different monasteries to the Church of the Holy Sepulchre.

Furthermore, the Patriarchate demanded the police facilitation to freely transfer the Holy Light to the airport in order to transport it to different parts of the world, as is the custom on this important holiday, which is at the heart of the Christian faith.