Thirty million birds “stop” on the islands of Greece. About 185 million birds migrate over the country every year at such a time.

Thirty million birds “stop” on the islands of Greece. About 185 million birds migrate over the country every year at such a time.

Antikythera is one of the small islands of the Mediterranean, where small migratory birds, such as the most common shrub in Greece, as well as rudd, stop to rest and eat on their way to Africa.

About 185 million birds migrate over Greece every year at this time. In fact, about 30 million of them must “refuel” and relax on the first island that comes across. This highlights the need to protect the small islands of the Aegean, Libyan and Ionian Seas and to actively combat poaching in the Ionian Sea. 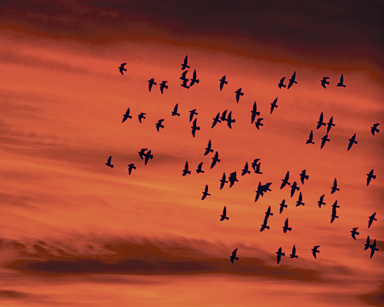 The new data comes from a study conducted by the Department of Biology at the University of Ioannina in collaboration with the Antikythera Ornithological Station.

The report was published by the Hellenic Ornithological Society on the occasion of the celebration of International Migratory Bird Day (Παγκόσμιας Ημέρας Μεταναστευτικών Πουλιών).

According to the study, every year, billions of birds of thousands of species embark on a massive journey after wintering in Africa to breeding grounds in Northern Europe. “Migration is the most complex activity in the life cycle of these birds, as it requires significant energy,” explains Tassos Bunas, researcher at the University of Ioannina and head of the ROUTES research program.

“Migratory birds have to cross the Sahara desert, perhaps with stops for rest and food, which does not exist when crossing the Mediterranean. They can cover up to 2,800 kilometers without stopping,” says the expert.

It is necessary to protect the habitats of migratory birds and fight against poaching, especially in the Ionian Sea.

Based on past (since 2007) and recent measurements, the researchers estimate that about 185 million migratory birds cross Greece every year. Of these, 60% belong to only three species: the swallow (σταυλοχελίδονο), the white warbler (θαμνοφυλλοσκόπο) and the common warbler (θαμνοτσιροβάκο).

As part of the study, experts caught (in a manner that did not harm them and then released) migratory birds of 18 species (out of 66 that pass during their migration over Greece) in Gavdos, Antikythera and Strofada.

Scientists measured their body fat and weight, whereby, using mathematical models, they calculated how long these birds could still fly (or had to stay on these islands for several days to feed and recuperate).

It is estimated that about 30 million birds annually arrive in the Greek islands so exhausted that they have to stay there for a while before continuing their flight.

The birds with the highest amount of fat (23% of their mass) were yellow warblers (κιτρινοστριτσίδες), and those with the least were swallows (8.7%). “Very few birds come to the Greek islands with the strength to continue right away. “Most of them are severely malnourished,” explains Mr. Bunas. Study offers first quantification of birds likely to face future changes in their migratory journeys due to climate change.

In the future, climate change will threaten migratory birds. First, their breeding grounds will move further north, so they will have to cover greater distances. Secondly, according to the models, the Sahara Desert will increase, so their opportunities for food and recreation will be limited. These developments will further enhance the importance of the Greek islands as stopovers. Therefore, it is extremely important to protect bird habitats, as well as combat poaching, especially in the Ionian Sea.

Tsitsipas survives tough Kolar test to move into third round

With just 10 days to go till the opening of Posidonia 2022, the world’s biggest shipping fair is finalizing the details for its multitude of conferences and seminars throughout the week of June 6 to 10.

Kyriakos Mitsotakis from Davos: Erdogan is wrong if he thinks I will not defend Greek sovereign rights

Kyriakos Mitsotakis, sent a message during his discussion with the President of the Davos Economic Forum, Borge Brende, to the Turkish leadership

Μαρία Πασσά 26.05.2022 | 10:22
Kyriakos Mitsotakis from Davos: Erdogan is wrong if he thinks I will not defend Greek sovereign rights