Apollonia in Cyrenaica (modern Libya) was founded by Greek colonists and became a significant commercial centre in the southern Mediterranean,

Apollonia in Cyrenaica (modern Libya) was founded by Greek colonists and became a significant commercial centre in the southern Mediterranean, which continued right until the East Roman (Byzantine) Empire era.

An earthquake damaged the city in 365, but it survived, although many ancient buildings were destroyed. Nevertheless, Apollonia became more important than it had ever been, because in the fifth century, the interior was abandoned to the Libyan Laguatan nomads. 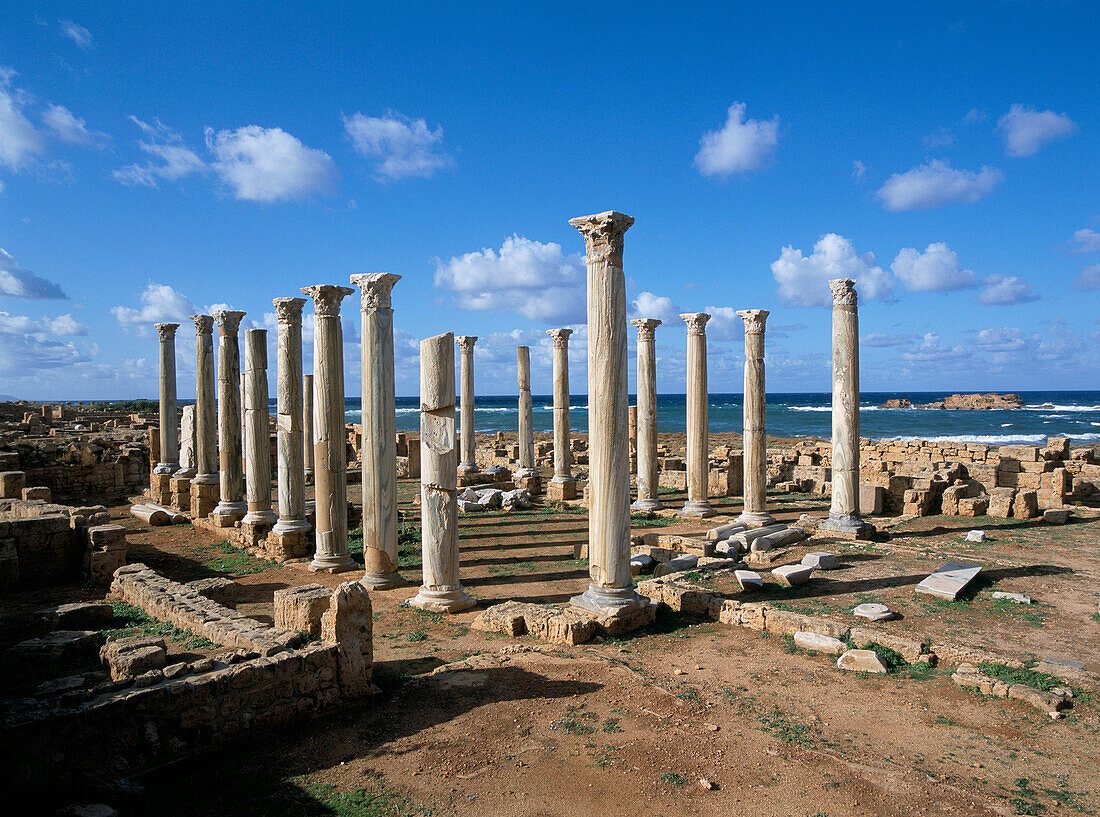 The port remained one of the last bases of Byzantine troops during the Muslim invasions. There were several new building projects, like the eastern, central, and western basilicas.

The town, refortified during the Ananeosis (“renewal”) but in the end conquered by the Arabs, was abandoned in the Middle Ages.

Apollonia became autonomous from Cyrene at latest by the time the area came within the power of Rome, when it was one of the five cities of the Libyan Pentapolis, growing in power until, in the 6th century A.D., it became the capital of the Roman province of Libya Superior or Libya Pentapolitana.

The city became known as Sozusa, which explains the modern name of Marsa Susa or Susa, which grew up long after the cessation of urban life in the ancient city after the Arab invasion of AD 643.

The early foundation levels of the city of Apollonia are below sea level due to submergence in earthquakes, while the upper strata of the later Byzantine Christian periods are several meters above sea level, built on the accumulated deposits of previous periods.

The Palace was last used as the Byzantine Duke’s Palace and contains over 100 rooms. The previous use was as a Roman military commander’s house.

The well-preserved Greek theater stands facing the sea outside the old city walls. The cavea has 28 seat levels.

The walls of Apollonia, therefore, do not date back to the oldest stage of occupation, but were built in the Hellenistic Age. They are very well preserved, especially in the southeast.