Traffic at Athens airport grows with every passing month. June already confirms the auspicious forecasts that want Greek tourism to break records this year, after two very difficult seasons due to the pandemic.

Passenger traffic in June has reached 94% of 2019 levels, showing an 90% improvement compared to May. The restart of travel is a fact and forecasts want traffic peaking during the season, maybe even exceeding the record levels of 2019.

Despite the successive crises, of the pandemic and the war in Ukraine, Athens International Airport is recovering steadily. This year it saw the arrival of 6 new airlines, 6 new routes and 39 new services on existing connections. At the same time, the agreement for the extension of Athens – New York flights year-round is very close. 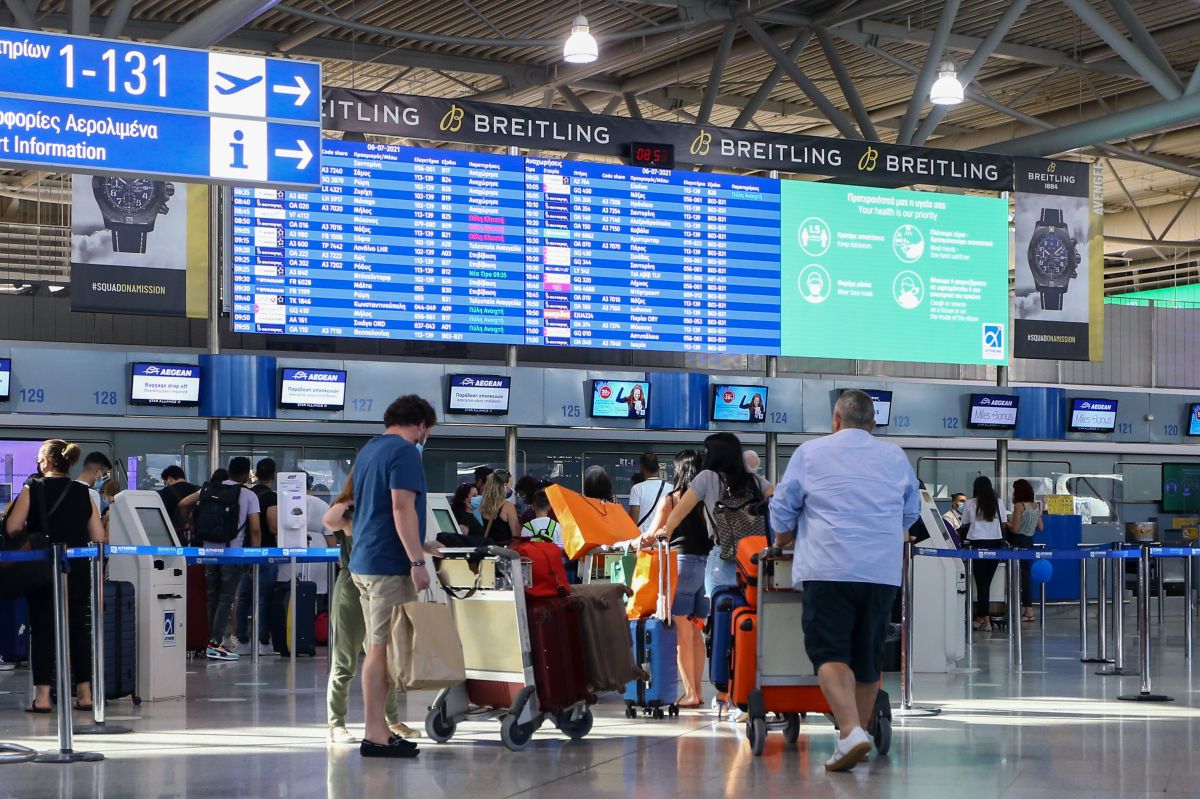 After all, the Americans are again among the top travelers to Athens Airport. In fact, with the exception of 2021, they finished first in time, presenting a continuous increase in capacity and frequencies. The traffic from France, Austria, United Kingdom is increasing, while the German market, a traditional mainstay for Greek tourism, is stagnant for the time being.

In any case, with the number of flights is currently only 2.9% away from 2019 levels, while domestic traffic has fully recovered. As concerns international passenger traffic, June still remains, according to non-definitive data, at -9.1%, while flights are lower by 8.4%.

Air Albania, the national air carrier of Albania, founded in 2018, opens its wings for Athens International Airport for the first time this year. The company starts 4 weekly flights between Athens – Tirana and vice versa (Monday-Wednesday-Friday-Sunday ), also flies to Rome, Milan, Bologna, Pisa, Bergamo, Verona, Zurich, Basel, London, Düsseldorf. In addition, in cooperation with Turkish Airlines, which owns 49% of its share capital, it flies to Istanbul, from where it has access to the entire network of the Turkish airline.

Also, Ethiopian Airlines officially restarts the route Addis Ababa – Athens tomorrow, which shad halted due to the pandemic. With the addition of Athens, the international network of Africa’s largest airline group will reach 127 destinations and 20 in Europe.

The effect of snags at foreign airports is small

While major European airports are in chaos because of staff shortages, with a spate of cancellations, long queues, and lost luggage, Athens International Airport has not been significantly affected. Of course, the travel chaos that prevails in Europe and the delayed departures of flights from major airports, such as Heathrow, Charles de Gaulle or Siphol, inevitably create a domino effect, but which remains manageable.

Luggage snarls have been a “thing” lately, as many management systems across Europe have crashed. This is a field in which “Eleftherios Venizelos” has always performed well, so even the few issues that occur become noticeable.

Stefanos Tsitsipas on Roger Federer: "He was winning Grand Slams before there were iPhones"