Winged Victory of Samothrace, also known as Nike of Samothrace, is one of the most celebrated and well-known sculptures in human history. Discovered on the Greek Island of Samothraki in the 19th century, this iconic masterpiece originally dates back to approximately 220-185 B.C. in the middle of Hellenistic Period. Today she lives in the Louvre Museum in Paris, France, welcoming the guests on top of the spectacular Daru staircases.

Tatsuya Arai, with his children, started playing with the iconic LEGO toy building blocks during the pandemic, resulting in the creation of a ‘Winged Victory Nike’ sculpture 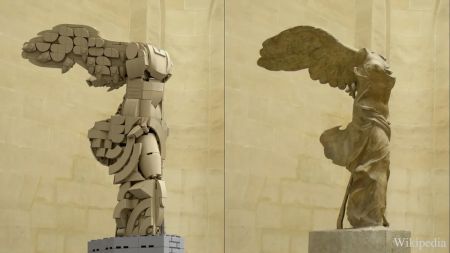 Having backpacked throughout Greece many years ago, Arai particularly enjoyed visiting ancient archaeological sites in Athens, Delos, Meteora and is hoping that his LEGO project will help promote Greece tourism. Arai’s LEGO build is made of 526 pieces and measures 14 x 18 x 24 cm / 5.5 x 7 x 9.5” (W x L x H). The Parian marble (statue) and Rhodian marble (base) are represented in tan and light bluish grey colours, respectively. Enjoy all of the details that make this sculpture look alive, including the upper torso that slightly leans forward, twisted waist, wavy skirt, and large wingspan.

Arai submitted his build to the LEGO Ideas platform. If a LEGO idea submitted to the platform receives 10,000 votes, LEGO Group will consider approving it for production and making it an official set, ready for store shelves. 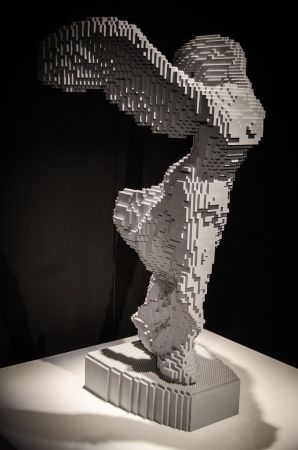 Wouldn’t it be wonderful if YOU could build this masterpiece at home? Please support this project by clicking on the Support button on the LEDO Ideas platform page to make the Winged Victory of Samothrace a real LEGO set!