The best summer cinemas of Athens

We have selected some of the best for you.

Summer cinemas are part of culture in Athens and one of the most beautiful, retro and moving experiences we have managed to keep alive in all corners of the city. At the same time, they have evolved into tourist spots, in a part of Athens that is a pole of attraction for international visitors, thanks to their unique picturesqueness.

Among the really many options, from the centre of the capital to the southern suburbs, you will find some extremely amazing options, some more modern and sophisticated proposals, and several spots where the charm of the old days remains still alive. We have selected some of the best for you. 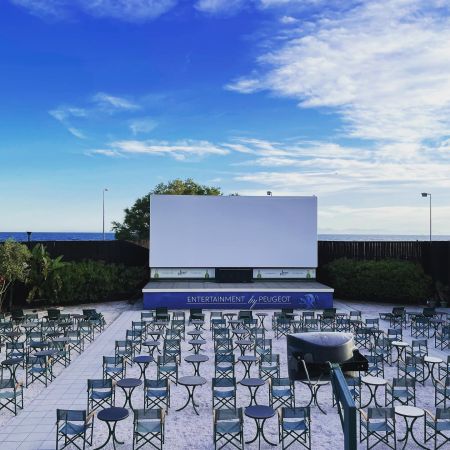 In the extremely popular Floisvos Park of Paleo Faliro, where many residents of the southern suburbs of the city gather on weekends, you will find the cool Cine Floisvos. A summer cinema by the sea that “smells” of summer and holidays.

You can combine the movie with an all-day walk in the area. Coffee in the morning, lunch, walk in the green park and the well-equipped playground and at the end an enjoyable movie screening with the sun setting slowly next to you.

Few places in Athens offer more generously this sweet feeling of freedom and relaxation, when you feel that you are completely carefree and optimistic and you are sure that in life all you need is a good movie in the summer and those you love. 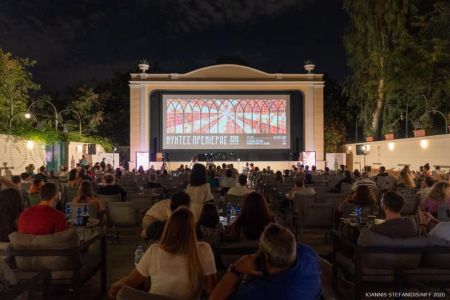 Inside the large courtyard of the Zappeion, a cinema has associated its name with the entertainment of the good society of Athens since the beginning of the 20th century.

To be precise, the first film in Aigli Zappeiou was shown in 1903, which means that we are talking without a doubt about the oldest summer cinema in the city.

The sophisticated environment of Aigli is one of the reasons to choose this cinema, just a few steps away from Syntagma Square. Like the fresh movie releases that are shown on its huge screen, from big American blockbusters to the best latest films of European cinema.

The canteen is one of the most organised and complete that you will find in cinemas (winter or summer) and, of course, we suggest you try the legendary pork souvlakia or the juicy hot dogs, a real trademark of Aigli. 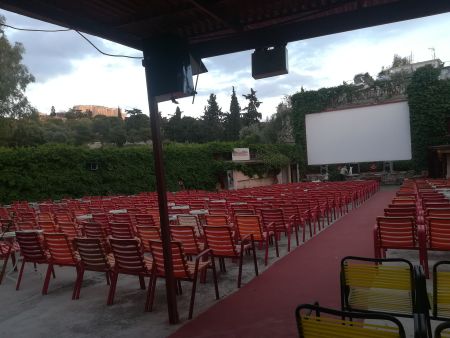 On the beautiful pedestrian street of Apostolos Pavlos in Thiseio, below the Acropolis and a few metres away from the steps of the Herodion, Cine Thiseio is definitely one of the most popular summer cinemas in Athens.

It achieved a distinction from the American network CNN as “the the most beautiful cinema in the world “, and that is just the justification of a long-standing reputation. From the back seats of the cinema, the view of the illuminated Parthenon is breathtaking, while its lush garden spreads summer aromas throughout the space.

Of course, it is worth trying the famous handmade, buttery cheese pies served by the small canteen, a snack that has been associated with this particular cinema in a touching tender way. Make sure you arrive relatively early to catch a good spot, the name Cine Thiseio is now so famous that during the tourist season you will encounter long queues.

Once inside, get the essentials from the canteen and enjoy the coolness under the moonlight. Note that as time goes on and the queue in the canteen grows, so you may need to arm yourself with a little patience.

Here you will see re-releases of famous classic movies, but also some of the hottest, latest movie releases.

On the 7th floor of the Grand Bretagne Hotel in Syntagma, Pool your Cinema is, without a doubt, the most luxurious event of the cinematic summer. Classic movies and other great hits of world cinema will be screened on the big screen set up at the GB Pool of the luxury hotel which is an emblematic landmark in the centre of Athens.

The evening ends uniquely with the delicious dishes prepared by executive chef Asterios Koustoudis, a hearty, individual menu that includes handmade nachos, pizza, caramelised popcorn and a juicy cheeseburger. Lunch is accompanied by a drink, while you will sit comfortably in the armchairs located in the pool area.

A summer cinema experience worth living at least once in your life, with the beautiful, bright Lycabettus towering right in front of your eyes. A reservation is required to watch the movies.