The countdown for the new attempt to utilize the former Gonou Military Base in Thessaloniki has begun. This time under the auspices of the Hellenic Republic Asset Development Fund-HRADF . The transformation of the 67.2-hectare property, located at the western entrance of the city and at a distance of 8 km from the port, into the largest logistics center in Northern Greece will lay the foundations for the city’s emergence as a Balkan freight hub and an exit gateway for goods to Central Europe. 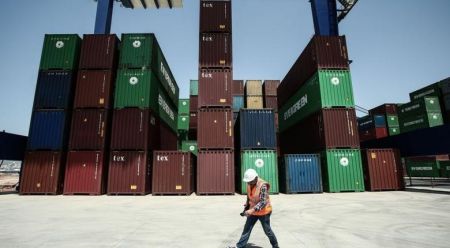 The great growth of the ports of Athens and Thessaloniki, thanks to private investments in recent years, has laid the foundations for Greece becoming an attractive destination for cargo from Asia and the Middle East. However, without a network of integrated commercial centers, the country cannot take advantage of its strategic geographical position.

The utilization of the former Gonou camp was added last March, following a decision by the relevant government committee, to the palette of projects that are reaching maturity and are being promoted by the Strategic Importance Contracts Unit (PPF) of HRADF. The first attempt to exploit the property, which began at the end of 2017, collapsed, despite the initial investment interest, precisely because of the lack of maturity for said property.

A commercial center with a free trade and processing zone will be established in the former Gonou Camp, which is in a strategic position due to its proximity to both the Thessaloniki Port Authority and the industrial area of ​​Sindos and the Egnatia Odos national highway. The duration of the concession is expected to be at least 30 years. The pre-feasibility study carried out by Greek State firm GAIAOSE SA (active in the fields of railway property and rolling stock management and development), in collaboration with a large international firm, resulted in two alternative scenarios with a different mix of logistics and manufacturing uses, while a use for assembling components coming from the Far East was also considered.

The amount of the investment, depending on the mix that will be chosen, is estimated at between 120 to 260 million euros. Based on the scenarios on the table, the internal return on equity is estimated at around 10% and the project IRR amounts to 6%-7%, while benefits of more than 325 million euros in terms of Gross Added Value are expected, with 30% of these coming immediately. In terms of employment, estimates see the creation of 3,500 jobs, of which 30% will be directly linked to the project.

What still needs to be done

In order to realize the investment, leveraging HRADF’s experience in real estate development, the PPF will undertake to complete a list of outstanding items, as well as to proceed with the tender on behalf of project developer GAIAOSE. Today, the property has no land uses, while munitions (mines, bombs and missiles) within the area as well as the Army bakeries will have to be relocated.