Greece’s tourism season to extend beyond the summer

He pointed out that UBS had now revised its forecast for growth in Greece from 4 pct to 5.7 pct, with tourism as the main level for GDP growth.

Tourism Minister Vassilis Kikilias said in an interview with the newspaper Kefalaio on Saturday that as a result of hard work and a collective effort that began in the previous autumn, revenues in the current tourism season have exceeded expectations and given a boost to economic growth. 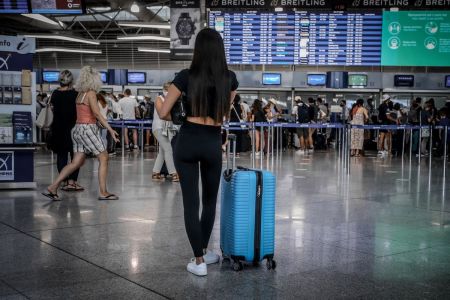 “When I received the first direct flight to the “Eleftherios Venizelos” airport back on March 7, earlier than ever before, few believed that Greece would have a successful tourism season. Those were the first days of the Ukraine war, the pandemic was still ongoing and the energy crisis was causing disruption on a global level,” Kikilias said.

He pointed out that UBS had now revised its forecast for growth in Greece from 4 pct to 5.7 pct, with tourism as the main level for GDP growth.

The total will be tallied at the end of 2022, he added, noting that an extension of the tourism season was one of the key reasons for this result, especially as regards the start of the season, while all necessary action has been taken so that the season ends as late as possible.

“The messages we are getting from tour operators are very encouraging; there is demand for tourist packages throughout the autumn and even in December,” the minister said.

“And because it is crucially important to always be one step ahead, for some time we have started contacts in order to attract North European and German pensioners to spend these months in Greece, where the winter is milder and energy demands are smaller compared with their own countries.

“In this way, they will save on money they would spend on heating if they stayed home and at the same time have the opportunity to enjoy the beauty of Greece and get to know Greek hospitality.”