Greece to Set New Record for Tourism in 2022

In its weekly economic developments report, Alpha Bank highlighted that Greece’s tourism revenue this year is expected to reach 20 billion euros, significantly exceeding the amount generated by tourism in 2019 (18.2 billion euros). “2022 will probably emerge, according to the data available so far, as a new record year for Greek tourism,” the bank’s analysts said.

According to Alpha Bank, pent-up demand for travel due to the two-year Covid-19 pandemic and large household savings, accumulated during the period of restrictive measures, have increased spending per trip, which is expected to lead to: 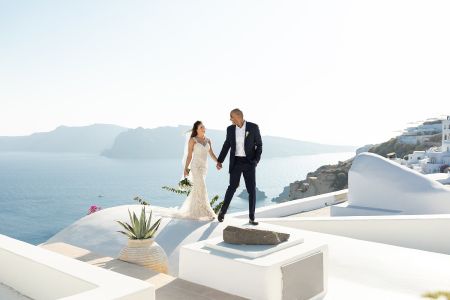 – Greece’s GDP to continue its strong rise in the second and third quarters of the year and approach levels significantly higher than the average of the European Union (EU-27) – a boost to state coffers, this way allowing the government to offer additional support measures for households and businesses against rising prices due to the energy crisis.

Alpha Bank added that another positive aspect is Greece’s exit from the enhanced surveillance regime on August 20. “This allows for the government to exercise its fiscal policy with more flexibility within the framework of the rules applicable at the EU-27 level,” the bank said in its report.

In addition, passenger traffic to Greece accelerated in July with international arrivals at Greek airports up by around 200 per cent during the first seven months of the year, compared to the same period in 2021.

“In conclusion, Greek tourism is heading for an excellent year, supporting public revenue, despite inflationary pressures worldwide and the environment of high uncertainty that has emerged following the Russian invasion of Ukraine and the energy crisis,” Alpha Bank noted in its report.

“This assessment is supported by international trends such as the growth of the middle class in emerging Asian economies (e.g. China, India) and life expectancy which are expected to lead to an increase in tourist flows worldwide, as well as domestic factors, such as the increase in investment activity, particularly through the resources of the Recovery Fund.”

Alpha Bank’s analysts pointed out that the impressive increase in tourist flows brings to the fore the need to readjust the business models of Greece’s tourism sector, aiming for:

– sustainability against the threat of climate change and over-tourism, in certain periods of time or destinations, and – ensuring that the quality of the country’s tourism product follows the modern trends (megatrends) with regard to demand.

“In order for the rise of tourism to be maintained and made sustainable in the medium-long term, the new challenges that arise need to be addressed,” Alpha Bank said in the report.

Greece and Israel are strategic partners, Katz pointed out.

Stefanos Tsitsipas will become Greece's first Grand Slam champion and a world number one if he wins the Australian Open final on Sunday -- he will have his father to thank if he does.

Novak Djokovic is pleading with fans to be respectful and not overstep the mark during his Australian Open final with Greek tennis champion Stefanos Tsitsipas.

“We have seen many American companies, from Amazon Web Services, Microsoft, JP Morgan and Meta, making large investments in Greece,” he said, according to AMNA.