As the Tourism Minister underlined, passenger traffic at the country's 14 regional airports took off in the last month of the summer, recording an increase of 9.4% compared to August 2019, in domestic and international flights

The Greek Tourism Minister, Vassilis Kikilias, speaking to the Skai channel, referred to the excellent performance of Greek tourism, something confirmed even by the most optimistic forecasts for this year’s tourist season.

As the Tourism Minister underlined -after the very good performance of June and July, compared to the corresponding months of 2019- passenger traffic at the country’s 14 regional airports took off in the last month of the summer, recording an increase of 9.4% compared to August 2019, in domestic and international flights. 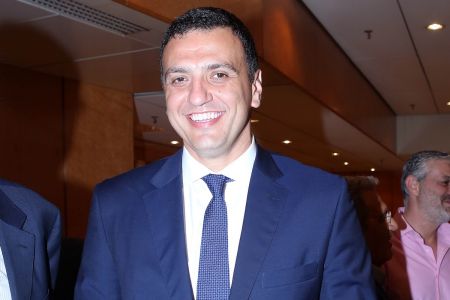 The Tourism Minister also referred to the recent Eurostat data on the overall European leadership of Greek airports in August, with a 5% increase in commercial flights compared to August 2019. “Greece is followed with a positive sign (+2%) only by Luxembourg, while all other European countries have a negative sign,” Kikilias said.

As the Tourism Minister stressed, this year’s tourism performance is very positive and will continue during the autumn months, with the bet of extending the tourist season – as it seems – being won.

“From the data we see from bookings and ticket purchases for September and October, the tourist flow is not only continuing, but – in many cases – strengthening.”

“And it is expected to be strengthened even more, following the Prime Minister’s announcements last Sunday, during TIF, so as to further support the tourism product -through the new co-advertising programme of the Greek National Tourism Organisation, in cooperation with tour operators and airlines.”

“Moreover, the ambitious project we have put on track is expected to attract Northern Europeans -mainly retirees- to Greece, in November, December, February and March.” Kikilias added, as well.

Finally, the Tourism Minister referred to the added value of the tourism product, reiterating that the data from the Bank of Greece so far suggest that this year’s revenues are expected to exceed those of 2019. “Revenues that end up indifferently to the average Greek family, to the small and medium Greek business, of course to our hoteliers, to the workers in the professions directly or indirectly related to the tourism sector, to primary production and to our farmers. Revenues that bring investments, create new jobs, strengthen the Greek economy and allow us to support the Greek people”, concluded Mr. Kikilias