FM: Greece wants to enhance its relations with the countries of Latin America and the Caribbean

Pagenews.gr / English Edition / FM: Greece wants to enhance its relations with the countries of Latin America and the Caribbean

Foreign Minister Nikos Dendias on Monday underlined Greece’s strong will for the further enhancement of the friendly relations with the countries of Latin America and the Caribbean, addressing the event “Latin America and Caribbean Day” on Monday.

The event is organised for second consecutive year under the auspices of the Foreign Ministry with the participation of the Ambassadors of the Latin American and Caribbean countries represented in Greece. 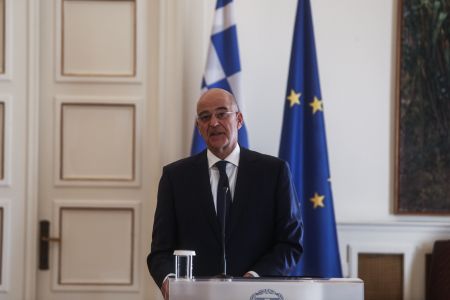 As Dendias said “this initiative reaffirms the historic ties with the countries of the area and is laying the foundations for the deepening of the political cooperation. We are still far away but we have developed strong and resilient ties of friendship and solidarity”.

The Greek minister said that Greece has applied for observer to the Sica organisation.

“Greece as active member of EU remains focused on the targets of sustainable growth in the context of the two future conferences for the Oceans in Panama and in Greece respectively and we have already agreed to coordinate our actions for an issue that concerns us all. The protection of the environment and of the sea environment” Dendias underlined.

Finally, Dendias said that “Greece shows and will always show its solidarity with the countries of Latin America”