Reunite Parthenon: A Commemorative Series of Stamps ‘The Marbles of the Parthenon’ have been released by the Hellenic Post (ELTA) in collaboration with the Acropolis Museum

A Commemorative Series of Stamps ‘The Marbles of the Parthenon’ have been released by the Hellenic Post (ELTA) in collaboration with the Acropolis Museum with the aim to participate in the national effort for the reunification of the Parthenon Sculptures.

With the four-stamp Commemorative Series, entitled ‘Reunite Parthenon’, the Hellenic Post hopes that the call for the reunification of the Parthenon Sculptures will travel across the world, strengthening the vision of the nation for the artefacts to be returned back to their rightful home in Greece. 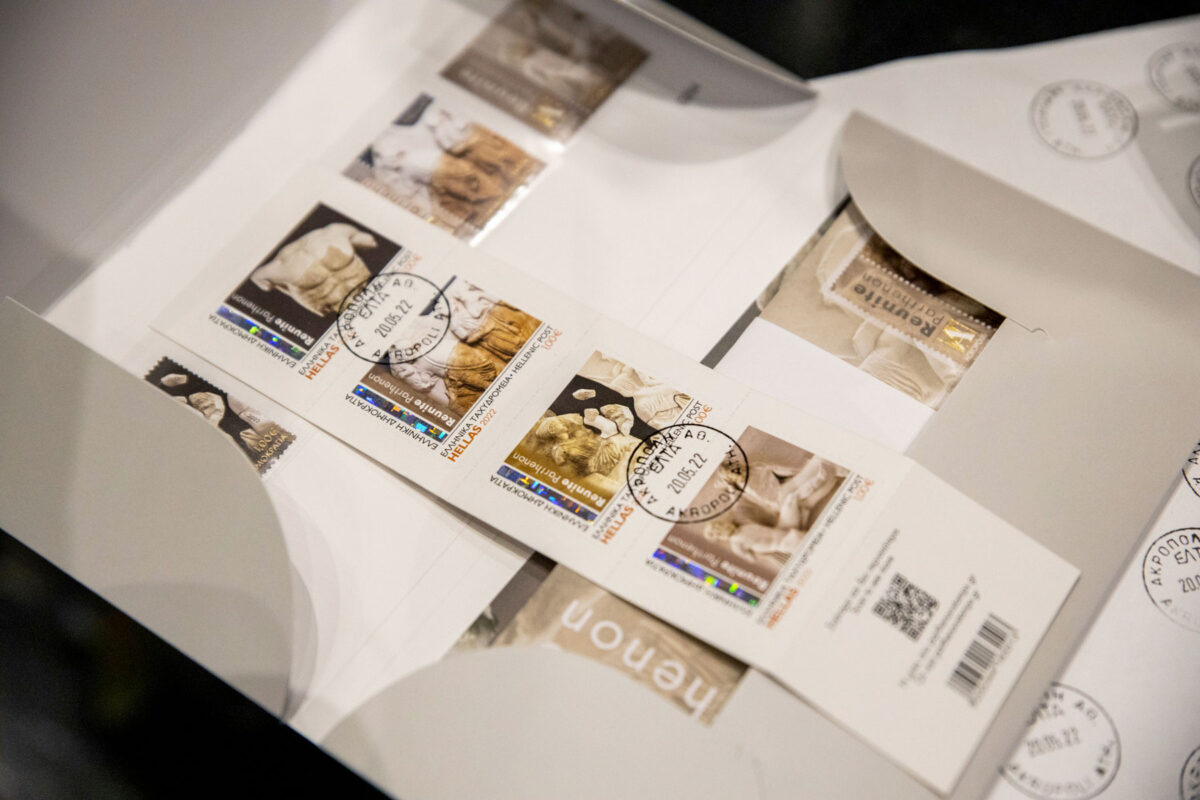 The Parthenon Sculptures were illegally removed in the 1800s by Lord Elgin, who later sold the ancient artefacts to the British Museum and which today are among its top money-making exhibits.

Each of the four stamps belonging to the Commemorative series depicts a selected part of the dismembered Sculptures of the Parthenon removed from the Parthenon in Athens, an UNESCO World Heritage site, with a call on the left side urging for its return to the Acropolis Museum.

“ELTA offers the Reunite Parthenon Commemorative Stamp Series in the service of national cultural diplomacy with the aim of disseminating the call for the reunification of the Parthenon Marbles across the world strengthening the ecumenical vision,” explains Hellenic Post.

In addition to the stamps, the ELTA has designed a micro site containing further details about each artefact, the stamp collection with a link to purchase, and an informational video

“The Commemorative Stamp Series released by the Hellenic Post on May 19, 2022, undoubtedly conveys the most important message in the long history of Greek stamps,” says the ELTA in a statement on the site.

The official presentation of the Commemorative Series took place in the amphitheatre of the Acropolis Museum, in the presence of the Minister of Culture & Sports, Mrs. Lina Mendoni, in an event open to the public.