Athens to burn at 40C in the coming days

Pagenews.gr / English Edition / Athens to burn at 40C in the coming days

Especially for Athens temperatures, are expected to reach 39C to 40C.

The warm aerial masses from Western Europe and the coast of North Africa moving towards Greece will bring an increase in temperatures over the next few days in the greater part of the country, bringing temperatures to as high as 40c in Athens. 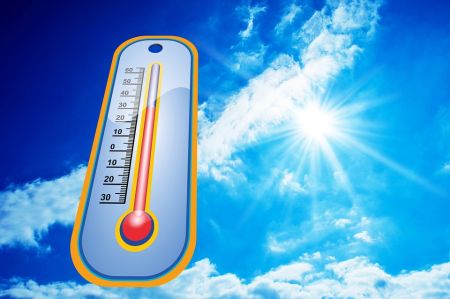 The National Meteorological Service has issued an emergency weather warning, stating the the areas most affected by the heatwave will be Western, Central and Northern Greece as well as the islands of the Southeastern Aegean and the Dodecanese islands.

Especially for Athens temperatures, are expected to reach 39C to 40C.

A small drop in temperatures is expected from Tuesday but the minimum and maximum temperatures will remain high in the low-lying areas of Central Macedonia, Thessaly and Central Greece until Thursday, 28 July.