14% of refugees in Greece have university studies

Pagenews.gr / English Edition / 14% of refugees in Greece have university studies

The educational and professional profile of more than 8,000 adult asylum seekers and refugees residing in the mainland and islands of Greece was recorded by the UNHCR. One year ago, in April 2021, the international organisation had proceeded to record the educational background and work experience of children and adults seeking asylum and recognised refugees on seven Aegean islands – their gateways of entry.

These data were supplemented with the most recent registration of 1,166 adult asylum seekers and refugees who in February 2022 were living autonomously (self-accommodated) inland. 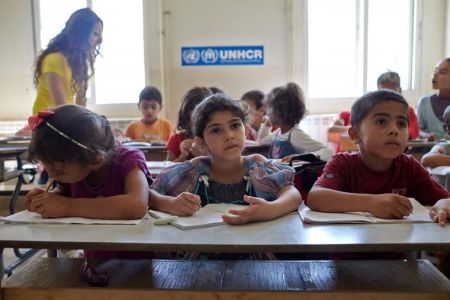 As can be seen from the recording, 84% of the participants have received, according to their statement, formal education before coming to Greece and 14% have university studies.

In the field of work experience, it appears that most often refugees and asylum seekers have experience in construction (17%), technical professions (15%), customer service (13%), business and sales (10%) and agriculture and fishing (10%).

Doctors, lawyers, teachers, journalists and IT professionals were also listed among them.

Comparing the data obtained from the inland census and the corresponding one that was done on the islands, common points are found in the areas of previous service of the refugees.

However, the percentage of refugees in the mainland with experience in the provision of services in tourism and catering is higher than in the islands.

As Petros Mastakas, from the Integration and Sustainable Solutions Department of the UN High Commissioner for Refugees, explains to AMNA, this is a “photographic capture of the specific moment in time when the recording was made”.

However, the message that emerges from the recording “is that there is a pool of stigmatised people who have skills and qualifications and it is time for the state, the economy, society to utilise these qualifications,” he adds.

The recording was made at a time when the debate on the integration of refugees in Greece is intense.

Anastasia Benekou, from the same Sector of the international organisation, explains that “the main issue we have identified so far is that based on the vacancies, we have absorbed as many as possible.”

“What we are doing now, and the specific record helps us even more, is that by knowing the qualifications of the refugees, we orient them to the appropriate jobs that suit their qualifications.

“This helps the mobilisation of refugees even more, but also their better connection with employers, because employers also want people who already have experience.”

Such a connection between refugees and employers is attempted through the integration centre Adama, which is operated in Athens by the United Nations High Commissioner for Refugees and the organisations Catholic Relief Services and Caritas Hellas.

As explained by Mr. Mastakas and Benekou, the specific centre has a triple role, solving the bureaucratic issues faced by refugees, connecting them with employers who are willing to hire refugees while simultaneously supporting employers in any procedural obstacles that may arise and finally mediating to the government services.