Foreign students in Greek universities through the “Study in Greece” action

Speaking to the Athenian/Macedonian News Agency, Christos Michalakelis, the associate professor in the informatics and telematics department of Harokopio University, who is the scientific manager of the “Study in Greece” action, spoke about a new era for Greek universities.

Greece is becoming a pole of attraction for foreign students, researchers and members of the academic community, through the “Study in Greece” action, which attracts students from all over the world by opening the doors of all Greek universities for international study programs in a wide range of sciences .

Speaking to the Athenian/Macedonian News Agency, Christos Michalakelis, the associate professor in the informatics and telematics department of Harokopio University, who is the scientific manager of the “Study in Greece” action, spoke about a new era for Greek universities. 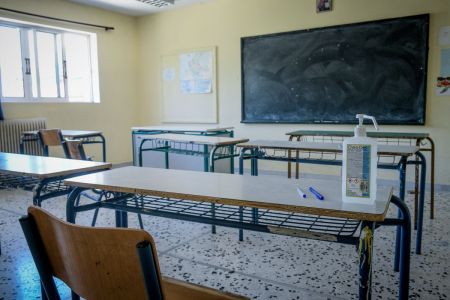 “Based on the existing legal and institutional framework that now enables us to develop undergraduate and postgraduate study programs for international students in a foreign language, Greece can now compete with the countries that are traditional educational destinations and attract foreign students”, said Mr. Michalakelis.

At the same time, through this process, Greek universities are promoted internationally, while Greek academics and scientists network with their colleagues from abroad. “This means that Greek students also benefit because they socialize with their foreign colleagues, so they are offered an opening of intellectual horizons, plus now Greek universities have begun to be placed on the world academic map, where Greece is presented as an educational destination” , the professor emphasized.

According to him, the action has started in 2015, but since 2021 – with the support of the Ministry of Education and with the funding they have received, they have managed to represent all Greek universities in international exhibitions, with the latest participation recently in America. “Through this process we realized that our job is very easy after all, because we have to promote a strong country name and simply what we are telling them is that Greece, in addition to the rest of the activities it has to show in terms of tourism, also offers education and at the same time we show them what training possibilities exist”, emphasized the person in charge of the action.

“Study in Greece” has developed information systems and websites where the visitor can find all the information he needs regarding study programs, educational and cultural activities, events and international awards of the Greek Universities. The “Study in Greece” portal is available in Greek and six other languages ​​(English, French, Chinese, Arabic, Russian, Indian-Hindi) and also provides practical information and advice for academic and daily life in Greece.

“Furthermore, we cooperate with the Greek and foreign diplomatic authorities, embassies and consulates of foreign countries in Greece, but also mainly with the Greek diplomats, ambassadors and consuls abroad, who offer us great help and support in what we do”, he underlined Mr. Michalakelis.

At the same time, information systems and digital tools have been developed such as MatSiG, which facilitates international networking and promotes the development of collaborations between Greek and foreign academics, and the “Study in Greece Virtual Fair”, which is a modern and intelligent way of international promotion of Greek Universities.