This is the 13th store to be opened since last May, when the French company returned to the Greek market

Carrefour continues its growth plan in Greece, with the opening of the first Carrefour Market in Attica, which is the 13th store to be inaugurated since last May, when the French company marked its return to the Greek market with the opening of its first store in Halkidiki.

The new Carrefour store, which started operating on a pilot basis in August and has been fully operational since the beginning of September, is located in the centre of Piraeus and is the company’s first corporate store, while it belongs to the Carrefour Market, City concept type, i.e. the company’s stores that operate in urban areas and main roads, offering consumers a wide range of products and services, suitably adapted to the needs and specificities of each area. 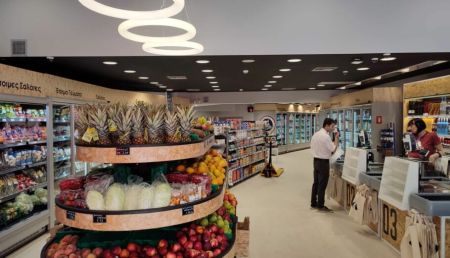 “In less than five months, we are already in 8 different areas around Greece, with 13 stores of two different types. Moreover, the consumers’ connection with the Carrefour brand has been fully reflected in the momentum that our stores have already developed in local markets.

Our business plan continues unabated, wanting to have completed our first phase of growth by the end of the year. The opening of the Piraeus store is the second important step for us, after the opening of the first store, as it is our first corporate store in Attica”, notes Vassilis Stasinoulias, CEO of Carrefour in Greece.

The company’s goal, according to a relevant update, is to create an expanded network of stores throughout Greece, which will include stores of different types, adapted to the conditions of each local market, while the opening of 8 new stores is already scheduled for the next period.

Carrefour’s store network is being developed in Greece by Retail and More, a subsidiary of the Globalsat-Teleunicom Group, which, following an agreement with the French company, has undertaken the return of Carrefour to the Greek market.

The Globalsat – Teleunicom group of companies is active in the Greek market in the distribution and marketing of technology products and household appliances and small appliances, while developing and providing specialized professional solutions utilizing new technologies.

5 villages in Greece for a relaxed Christmas – Stone houses, snow and good food