The 4.0-billion-euro joint investment fund agreed last May between Greece and the United Arabs Emirates (UAE) is expected to stimulate significant investment interest from the UAE in several sectors, such as renewable energy sources, infrastructure, agriculture, technology, health care and life sciences, UAE Economy Minister Abdullah bin Touq Al Marri said in an interview with the Athens-Macedonian News Agency (ANA), on the occasion of his presence in Thessaloniki as head of the Emirati delegation to the 86th TIF.

He explained that the two countries have collaborated on various bilateral and multilateral initiatives that have strengthened their relations, including the joint declaration on the Strategic Partnership in 2020 and the creation of a 4.0-billion-euro fund for investments in the Greek economy, during the visit of the Greek prime minister to Abu Dhabi last May. This joint fund highlights the growing economic ties between the two countries and will lead to significant investment interest in Greece, in all target sectors such as renewable energy (RES), infrastructure, agriculture, technology, healthcare and the life sciences, among others, he said. Finally, Abdullah bin Touq Al Marri noted that he believed there is room to strengthen cooperation in the field of investment and create new opportunities for the business communities in both countries. 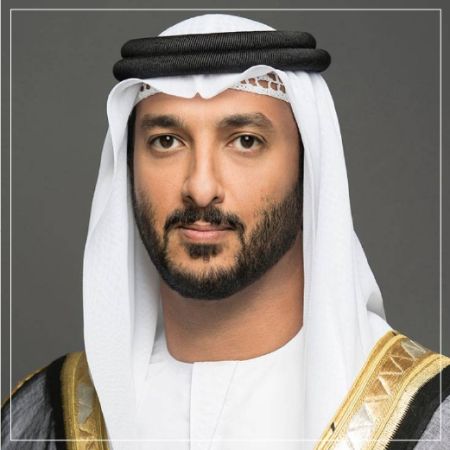 Asked about their expectations from their participation in the TIF, he replied that this important international event offers both countries a valuable opportunity to strengthen their existing bilateral ties by exploring opportunities in a number of new economic sectors.

The approximately 60 institutions and companies that were present from September 9 at the TIF are willing to enter into partnerships with Greek and European companies in all areas of common interest, the minister added.

The Emirati delegation, he added, was in Thessaloniki, and Greece in general, in order to explore the best possible means of turning investment opportunities into mutually beneficial and concrete projects, but also to improve bilateral trade and economic relations in various sectors, thus promoting sustainable and inclusive development. “Leading international exhibitions such as the TIF offer an excellent opportunity to do just that,” he underlined.

He also stressed the prospects that could be opened up for cooperation between the two countries in the fields of technology and future industries, at a time when UAE seeks to strengthen its position internationally as an innovation hub and “brain hub” (the country has recently designated a Deputy Minister responsible for Artificial Intelligence), to attract human talent from all over the world, to open up their economy more to entrepreneurs and investors, but also to double its size in the period up to 2030.

According to the Emirati official, the new economic approach adopted by the UAE government, which is characterised by the principles of flexibility, sustainability, openness and predictability, is a huge opportunity for Greek companies to gain a footprint in the UAE market and from there expand to the rest of the MENA region (Middle East/North Africa), South Asia and Africa.

A symbol of rebirth, of coming together, a point of reference for artistic expression to bloom "more so in times of hardship"

Kikilias emphasized that all surveys show that travelers are becoming increasingly aware of sustainable tourism, and Greece has taken important steps in this direction.