In May of this year, the president of the Greek National Tourism Organisation, Angela Gerekou, said the country is currently exploring how blockchain technology can bring about safety and transparency in tourism.

According to the co-founder of local BCash Bitcoin ATMs, Dimitrios Tsangalidis, the local crypto scene has seen no major impact despite record-breaking numbers in Greece this tourist season.

Greece is globally recognised for its touristic lures of idyllic beaches and a laid-back lifestyle, reported Coin Telegraph. Prior to the outbreak of the global pandemic, the World Travel and Tourism Council said that tourism generated over one-fifth of Greece’s total GDP.

This year, the country faced a record number of travelers during its summer tourism season.

In the month of August alone, the country received nearly 1 million travel arrivals per week, according to the Greek Minister of Tourism Vassilis Kikilias.

A report from ForwardKeys on this year’s summer tourism revealed that, of the top ten “sun and beach” locations in Europe, Greece held six spaces.

These included the island destinations of Mykonos, Thira (Santorini) and Heraklion (Crete), as well as Thessaloniki. Athens, the country’s capital, took third place for “urban” destinations in Europe.

Of the 27 European Union member states, Greece takes the sixth spot in terms of cryptocurrency ATMs, with 64 active for usage. Over half of Greece’s crypto ATMs are shared between Athens and Thessaloniki. 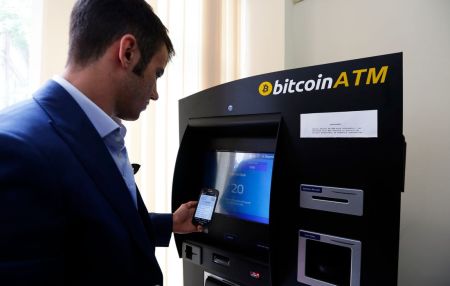 However, the Bitcoin ATM operator BCash strategically placed some of its ATMs in the country’s trendy island destinations of Mykonos, Santorini and Crete. Cointelegraph spoke with the managing director and co-founder of BCash, Dimitrios Tsangalidis, on how crypto is impacted by or itself impacts the tourism season in Greece.

Although Mykonos and Santorini are the most visited tourist destinations, the mainland ATMs have the majority of traffic, according to Tsangalidis — especially central Athens, where the first ATM was installed, and Thessaloniki.

However, the co-founder noted that in Crete, the country’s most populated island and a popular tourist destination, there is a “very loyal cryptocurrency crowd.”

“There is a strong crypto community in Heraklion of Crete [which is] the location of one of our ATMs.”

In Heraklion, the capital of Crete, the local start-up accelerator H2B Hub collaborated with the Greek-speaking University of Nicosia to create and support a local blockchain community.

Both Athens and Thessaloniki have active, regular meetups for the crypto and blockchain community.

While tourism bolsters parts of the Greek economy, according to Tsangalidis, it doesn’t translate to the crypto scene.

“In summer months and high tourist seasons, the demand drops. But we are in the middle of crypto winter that came earlier this year, so it is really hard to tell.”

Especially in terms of regular traffic, the decrease can also be equated to locals leaving for vacation.

In general, Greece needs more awareness of cryptocurrencies and their utility in everyday life, Tsangalidis sums up.

“Influence on local tourism can be noticeable only if there is a general adoption of cryptocurrency within society.”

He adds that for now, there is little to no infrastructure or adoption from the level of Greek businesses and local governments. “If our government will become crypto friendly and if a green light will be given to businesses, then adoption will follow.”

In May of this year, the president of the Greek National Tourism Organisation, Angela Gerekou, said the country is currently exploring how blockchain technology can bring about safety and transparency in tourism.