Exports of summer fruit finished down by 14.1%, without confirming the expectation for exports at the same level as in 2020, when there was normal zcivity for Greece.

According to the Association of Greek Fruit, Vegetable and Juice Exporters – Incofruit Hellas, this decrease is due both to under-consumption in the main markets and to the lack of land workers.

Proof of this is the report of the German statistical agency SBA (Statistisches Bundesambt) in which it is stated that the import of fruit and vegetables in Germany decreased in July again significantly compared to last year. In July 2022, imports amounted to 681,000 tons compared to 801,000 tons in July of 2021 (down 15% or 120,000 tons from July 2021). 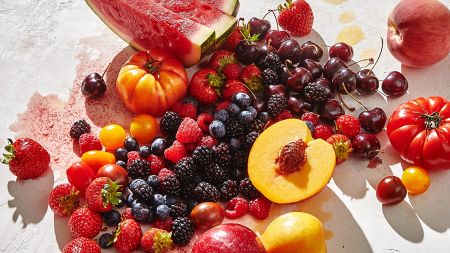 “In the first seven months of 2022, quantities were down by 12% in total and by 2% in value, with the reduction from Greece amounting to 26% compared to the corresponding period of 2021. Accordingly, the reduction from Spain was by 10% , in from Italy by 13%, while from Morocco it increased by 14% and from South Africa by 10%”, points out the special advisor of the Association Mr. George Polychronakis, explaining that of these reductions, tomatoes recorded a total decrease of 16% and Greece by 21%, cucumbers by a total of 14% (Greece -18%) and peppers by a total of 7% (Greece -47%).

In the meantime, the harvesting and export of table grapes continues at a sluggish pace. Their exports amount to 26,022 tons, reduced by 33.6% compared to 2021 and by 40.2% compared to the corresponding period of 2020.