At a time when housing rents are flying to the roof, rents for shops in the popular commercial squares of Attica and Thessaloniki seem to have not yet managed to make up for the losses of the pandemic.

However, demand for renting commercial space in popular shopping plazas has by no means abated, with new leases being signed even as conditions and the general economic environment remain difficult.

In particular, in the second quarter of 2022, the rents of the “first line” stores on Ermou Street and in Kolonaki in the center of Athens, on Tsimiski Street in Thessaloniki, in Piraeus, in Kifissia and in Glyfada are moving close to the figures of 2019 but are still slightly lower.

Although in the country’s largest “high street” Ermou, in Glyfada and in Tsimiski the most commercial street of Thessaloniki, shop rent prices are increasing compared to 2021, they still fall short compared to the performance they recorded before the pandemic. 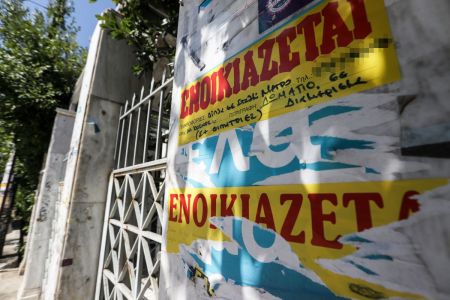 On the other hand, in the popular shopping streets of Kolonaki, Kifissia and Piraeus there were no changes compared to 2021, with rental prices remaining stable.

How are rental prices shaping up

Specifically, the lease of a store in a good location on Ermou Street costs around 275 euros/sq.m./month, up from 260 euros/sq.m. a yea

Based on survey data, in the second quarter of 2022 the high dynamism recorded in 2021 was maintained in most of the premium markets with several new lease agreements.

These include a new Public store in Gerakas, the new Alexander & Jacob and designer Diane Von Furstenberg stores in Glyfada, the Molton Brown flagship store in Kifissia, the new Cosmos Sport and LC Wakiki stores in Thessaloniki, while Adidas opened a new 844 sq.m. store on Ermou Street.

In addition, in the Peloponnese, a new Funky Budha store opened in Pyrgos and an M&S in Kalamata

At the same time, many new openings took place in Mykonos, as Sephora, Body shop, Louis Vuitton, Lowe, Havaianas etc. acquired stores on the island of the winds.