Commission President Ursula von der Leyen will pay a visit to Athens on Thursday, as announced by the Commission’s Chief Spokesperson, Eric Mamer.

According to the relevant information, Ms. von der Leyen will deliver a speech at the Athens Democracy Forum. 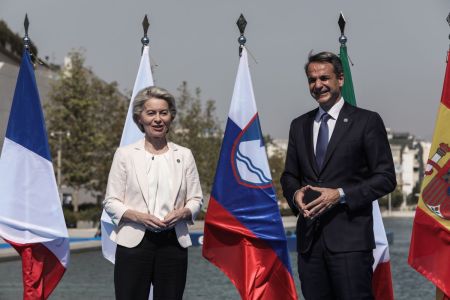 It is noted that the former Secretary General of the UN, Mr. Ban Ki-moon, the president of the Hellenic Republic, Ms. Katerina Sakellaropoulou, UN Deputy High Representative for Human Rights Nada Al-Nassif, Ukrainian President Volodymyr Zelensky and Columbia University Professor Jeffrey Sachs will also be participating. The conference will take place at the Zappeion Megaro, the Attalos Stoa and the Athens Academy, from Wednesday September 28 to Friday September 30, 2022.