The teams searched the house and its surroundings in the operation.

As a result of the intelligence work carried out by the Odemisio (Οδεμήσιο, Turkish: Ödemiş) District Police Department teams in Smyrna (Σμύρνα, Turkish: İzmir) province, it was learned that a person was illegally selling historical artifacts, including mosaics.

The teams searched the house and its surroundings in the operation. 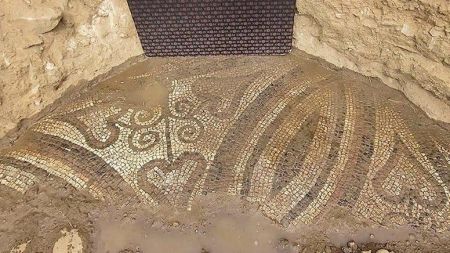 During the search, a two-thousand-year-old mosaic with black, white and red motifs, thought to belong from the Roman period, was found hidden in the field.

The police detained the suspect regarding the incident.