Fine for the unvaccinated over 60 rescinded

Pagenews.gr / English Edition / Fine for the unvaccinated over 60 rescinded

The status of unvaccinated healthcare workers will also be re-examined

The fines that were imposed on unvaccinated persons over 60 years of age have been cancelled, as announced by the Minister of Health, Thanos Pleuris, who added that the issue of unvaccinated health workers will also be reviewed.

Speaking to ANT1 channel, Minister of Health Thanos Plevris noted that 80% of citizens over the age of 60 have been vaccinated against the coronavirus. Regarding the fines of the unvaccinated, the Minister of Health stated that the fines will be erased, while pointing out that if the unvaccinated healthcare workers are deemed unfit to return to the NHS, then this will be reassessed again in 2023. 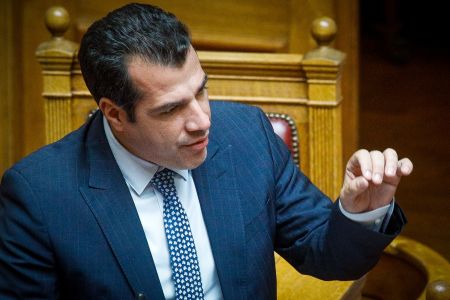 Regarding the waiting times for surgeries at the “Agia Sophia” Children’s Hospital, the minister said that the hospital had called all the citizens who were on the list and at the moment the real list is 1,400 people. In addition, he said that two anesthesiologists have already been transferred to the hospital in order to solve the problem.

Regarding the personal doctor scheme, Mr. Plevris pointed out that the operation of the institution is a pilot until the end of the year.

“This week the appointments started. About 75,000 visited their doctor. The system is dynamic, we are still waiting for another 1,000 doctors so that the process can flow smoothly,” he said.