At the age of 102, the last Greek survivor of the Second World War, Konstantinos Hatzilakos, who had retired with the rank of vice-Captain, died.

He was one of the legendary pilots of the Greek Air Force, having recorded over 200 combat missions with “Hurricane” and “Spitfire” aircrafts, reported Proto Thema. The former pilot had also been awarded ten war medals.

The vice-Captain (I) e.a. Konstantinos Hatzilakos was born in Larissa in 1920 and enrolled at the Ikaron School in 1940. During the Second World War, as a fighter pilot of the Hellenic Royal Air Force, he operated on the battlefields of North Africa, the Mediterranean, Italy, Yugoslavia and the Aegean. 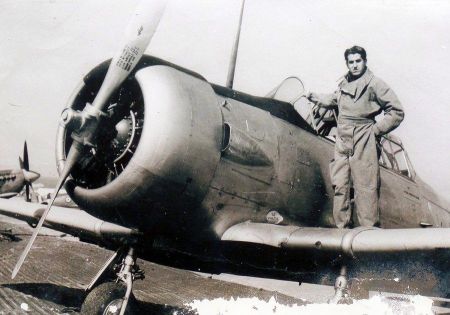 In the period 1945-1967, he was an instructor in military schools of all three arms of the armed forces, as well as commander of large air units and director of operations in NATO headquarters. In 1964-1967, Hatzilakos was a defence attaché at the Greek embassy in Washington.

The veteran then worked for nine years as a manager at Halyvourgiki Hellenic Steel Industry and from 1978-1997 was a technical consultant for McDonnell Douglas Corporations.

As a veteran fighter pilot he was president of the British Royal Air Force Veterans Association, Athens Branch.

In one of his last interviews, in 2019, Hatzilakos asked “not to forget, to honour and to be vigilant.”

He also described, among other things, how in November 1943 he had escorted, as a “Hurricane” pilot, a passenger headed for Alexandria, while two days later he had escorted an American bomber that carried President Franklin Roosevelt to Tehran.