Pagenews.gr / English Edition / Three more large projects for Attica to be auctioned in 2022

The Minister of Infrastructure and Transport, Mr. Kostas Karamanlis, spoke about the new major public works projects, which will be announced by the end of the year, the tolls on Attiki Odos and the changes to the Traffic Code.

“Within the next two months we will put forward a very important project: The Western Attica Suburban railway”, said Mr. Karamanlis in particular. He specifically announced that within the next 10 to 15 days, the tender for this project, amounting to 125 million euros, will be launched, with financing entirely from the Recovery Fund, he noted, speaking to the SKAI radio station. The Western Attica Suburban Railway will run from Ano Liosia to Megara. 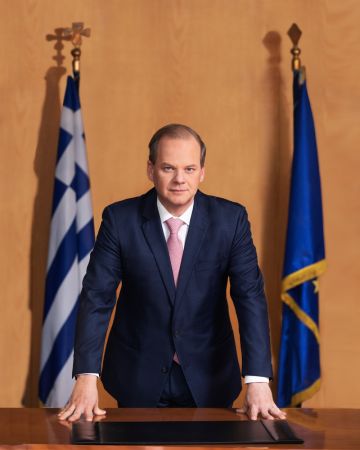 The second project, which will go ahead in 2022 and “clicks” with Line 4 of the Metro which has already started construction, has to do with the extension of the Metro to Ilion, starting from Anthoupolis, with stops at Agios Nikolaos, and Palatiani and will end up in Ilion.

Another project, which has been discussed for many decades and will be auctioned in the next period, enters the final stretch: the so-called Egaleo Western Peripheral Roadway. “This is a project that will reach the old National Highway and we will have three rampway junctions, in Schistos, in Naupigeias and in Skaramanga, decongesting this whole area,” Mr. Karamanlis pointed out.

The Minister of Infrastructure and Transport also referred to the decision on the new Attica Road contract, which will be valid from 2024 onwards, and which provides for tolls reduced to 2.50 euros, from 2.80 euros today.

Responding to those who argue that a proportional charge could also be applied to specific tolls, he explained that: “We have to look at a broader picture. How will this affect the rest of the road network of the whole of Attica. I mean, do we want a saturated Attiki Odos? Do we want an Attiki Odos, in which we can enter and get ‘stuck’?” asked Mr. Karamanlis. He reminded that this is happening in Metamorfosi, where the Ministry of Infrastructure and Transport found a solution, by auctioning Kymis Avenue which will really give a big breath of traffic to this area. He also noted that the Ministry of Infrastructure and Transport takes into account in its design what is happening on other regional roads in Europe.

The new Traffic Code, the disabled and skates

On the occasion of a topical question about the provisions of the new Traffic Code and especially the fines for illegal parking in lanes for the blind or disabled ramps, Mr. Karamanlis pointed out that any penalties from the Municipal Police and Traffic should be applied.

The Minister of Infrastructure and Transport called it absurd that the old Code penalized the vehicle and not the driver, announcing changes to the new Code regarding this issue. He also announced that fines for illegal parking on a blind lane or disabled ramp would be increased.

Mr. Karamanlis referred to the provisions that already exist for both bicycles and skates, recalling that there are now Sustainable Urban Mobility Plans. He estimated that the situation is now better, because order has been put in place with the dishonesty that existed in rental skates and he announced that: “The Traffic Code will also put some very strict regulations, because we want to make it easier for skaters, but also to not create problems on the streets”.

The Minister of Infrastructure and Transport also commented on the visits by citizens of Thessaloniki to the Metro station under construction, which was opened to the public. “I think that the people of Thessaloniki had reached a point where they really didn’t believe that this project would be done,” Mr. Karamanlis pointed out. “And the most skeptic sees that the project has entered its final stretch. More and more construction sites are now covered and the squares are handed back to the city of Thessaloniki”, he added.

He pointed out that what happened in Thessaloniki was not an initiative of the Ministry, but the Open House has been an institution in Thessaloniki for years, which gave citizens the opportunity to see the project up close and see with their own eyes that we we do not just speak words, but we accomplish tasks”, underlining that this work is not simply progressing, but is finishing up.

The Greek FinMin welcomed the ESM's new head in his first visit to Athens since taking over his post, saying it was proof of the importance that the ESM chief gives to continuing and further enhancing the regular, efficient and mutually beneficial cooperation between Greece and the ESM.

The seismic surveys carried out in the areas west and southwest of Crete are expected to be completed by the end of February.

Developments are also recorded in the area of Ioannina, where Energean is conducting surveys.

At 19:00 Kyriakos Mitsotakis will speak at a New Democracy event at the Cultural Conference Centre of Heraklion.

Bakoyannis presents Athens' vision for the B40 presidency

Menendez: I will not approve sale of F-16s to Turkey it must abandon its belligerent position toward Greece