Greek President Katerina Sakellaropoulou was welcomed by President of the Socialist Republic of Vietnam Nguyen Xuan Phuc at Hanoi on Monday.

During the welcoming ceremony Sakellaropoulou laid a wreath at the Heroes & Martyrs Monument and she also visited Ho Chi Minh Mausoleum. This was followed by her visit to the presidential mansion, where talks were held between the two countries’ delegations.

Sakellaropoulou said she hopes her presence in Vietnam “will give further impetus to bilateral relations, and lead to more high-level talks, given that a long time has passed – nearly 14 years – since a president of the Hellenic Republic visited Vietnam.” 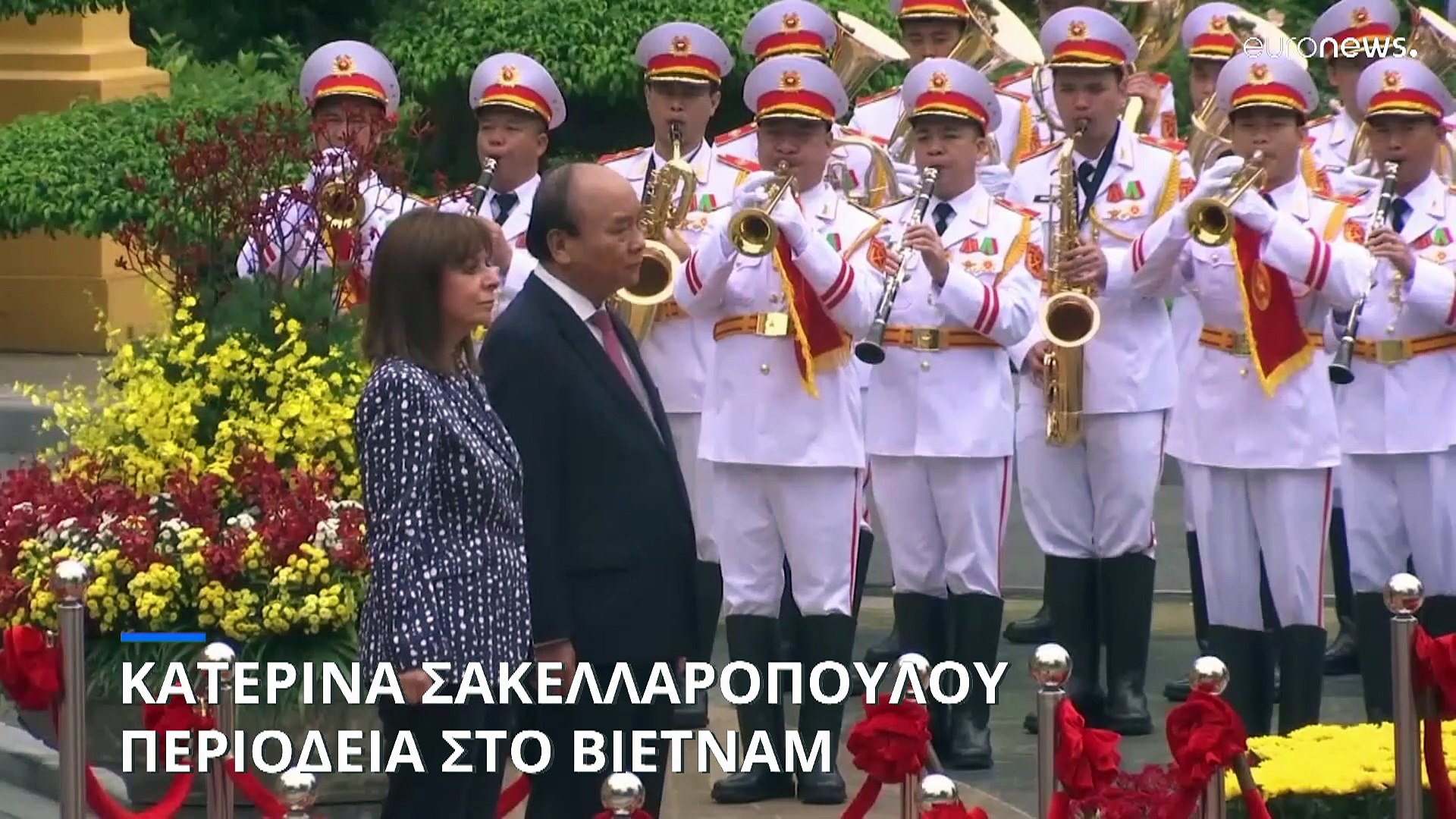 She also highlighted that both countries wish to expand their trading relations, especially after the EU-Vietnam Free Trade Agreement took effect in 2020.

Phuc decribed his meeting with the Greek president as open, sincere and constructive, and he noted that the two countries have enjoyed harmonious relations since they launched their diplomatic relations in 1975.

Sakellaropoulou’s visit signals a new phase in the friendship and collaboration of the two peoples, he added. The two countries’ economic relations “are also excellent,” he added, “with trade volume in 2021 amounting to 500 million dollars, an increase of 33% compared to 2020.”

“As an active and responsible member of the Association of Southeast Asian Nations (ASEAN), Vietnam always supports the strengthening of relations between ASEAN and the European Union, and between ASEAN members and Greece,” he noted, while adding the importance of respecting the Law of the Sea (UNCLOS).

The Vietnamese president also thanked his Greek counterpart for the 250,000 coronavirus vaccines sent to the country in November 2021, an aid which Sakellaropoulou told him was “a gesture of solidarity to the people of Vietnam.”

Sakellaropoulou then visited the Temple of Literature and also the headquarters of the Vietnamese Communist Party, where she met with the party’s General Secretary Nguyen Phu Trong. The Greek president is accompanied by Deputy Foreign Affairs Minister Andreas Katsaniotis.

Daedalus is scheduled to go into operation in 2024, replacing the existing supercomputer ARIS, with GRNET having responsibility for its development and operation

In the summer of 2023, he added, the canal will reopen for four months, and the project will be completed in 2023, including the restored section.

The airline will operate the thrice weekly flights between Riyadh and Mykonos on Mondays, Wednesdays and Fridays