Pagenews.gr / English Edition / The first Greek drone that the Turks are trembling over is almost ready

The Second quarter of the work of the “Archytas” program has been completed, which aims at the design and industrial production of the first multi-purpose autonomous aerial vehicle

According to News Auto, the progress of the work is consistent with the agreed schedule. The minor delays observed in some of the tasks have been covered and the drone is expected to be completed in the Fall. 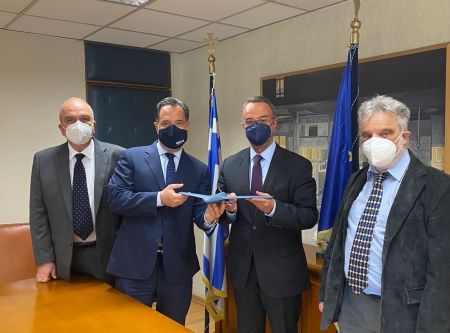 “The Second quarter of the work of the “Archytas” program has been completed, which aims at the design and industrial production of the first multi-purpose autonomous aerial vehicle (drone) , with the cooperation of of the Hellenic Aviation Industry (HLA) and three Greek Universities .

“Our commitment, that the Greek citizens who finance the “Archytas” program through the Ministry of Finance, will be informed about the progress of the work, with real data, quarterly and also at other key points of the development of the project, is absolutely valid. Greece is taking the right steps.”

According to News Auto, the main advantage of the Greek drone is its autonomy. Classic drones can fly for 20 to 30 minutes, while what Greece is preparing will be able to fly for about 2 hours!

Also, the ODA and the universities are preparing a special version of the Greek drone to be used in emergency situations, such as fires, floods and other natural disasters.

The drone will be able to fly for 10 hours continuously and transmit from the air the management of a critical situation in order to save human lives.