Mitsotakis said the plan for the metropolitan area includes four directions – infrastructure, health and welfare, entrepreneurship and innovation, and landscaping and interventions that will upgrade Thessaloniki as a city.

The government will unveil a comprehensive development plan for Thessaloniki that will comprise over 30 projects leading up to 2030, Prime Minister Kyriakos Mitsotakis said on Thursday, speaking from the northern city.

Following meetings with business and science representatives as well as local government officials ahead of the upcoming Thessaloniki International Fair, the Greek premier described the plans as “something the city has never seen in the past, so that by 2030 Thessaloniki becomes a city its residents, college students and future investors deserve.”

Mitsotakis said the plan for the metropolitan area includes four directions – infrastructure, health and welfare, entrepreneurship and innovation, and landscaping and interventions that will upgrade Thessaloniki as a city. The plan, he said, will be presented in detail by Deputy Macedonia and Thrace Minister Stavros Kalafatis next week, and then be posted on the ministry site so it is publicly available. 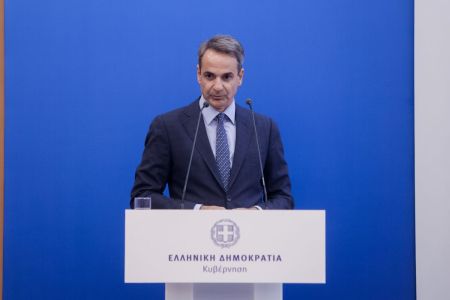 He cited as an example the construction of the flyover, which was an initiative of the current government, and changes in the port of Thessaloniki, as well as roadworks in the greater metropolitan area of Thessaloniki. He also referred to the new oncological museum that will be built next to the two existing ones in Thessaloniki, the Thess INTEC innovation and technology center, and projects related to two sports arenas, those of PAOK and Ares.

“The aim is two-fold,” Kalafatis told AMNA. “First, it exposes the city to a greater world, in a new era, and provides it with an unprecedented dynamic through a first-time holistic urban and spatial approach. Second, it opens out to the west of the city, if one recalls projects like the oncological hospital, the pediatric hospital, and the landscaping of the former Pavlos Melas barracks.”

Several ministers, agency heads, and local government officials attended the meetings Mitsotakis had in Thessaloniki, while others connected online with them. The premier also met with the MPs from the region