Every five years after the end of the initial decade, the collection will be loaned to Greece in batches of 15 artifacts to be put on public display here.

Commentators, politicians and experts on opposite sides of the debate concerning an agreement reached by the Greek Culture Ministry for the eventual return from the United States of 161 artifacts dating to the Cycladic civilization, at least agree on one point: that the procedure is unprecedented and we’re sailing into uncharted waters.

The legislation outlining the agreement between the Ministry of Culture, the Goulandris Museum of Cycladic Art in Athens, the Metropolitan Museum of New York and the Delaware-based Institute of Ancient Greek Culture was ratified by Parliament on Thursday on the votes of the government majority.

According to the new legislation, the Greek state will have principal ownership of the private collection compiled by Leonard Stern and the Museum of Cycladic Art will be loaned 15 idols via the Delaware institute that was just established by the museum. The figurines will be shown in Athens for a period of one year before being returned to the United States and shown at the Metropolitan Museum together with the remainder of the collection for a period of 10 years. 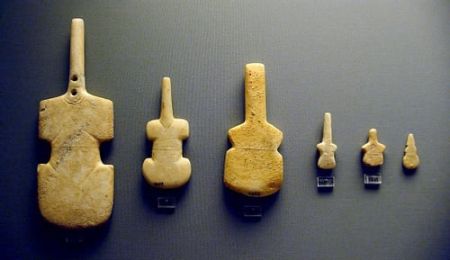 Every five years after the end of the initial decade, the collection will be loaned to Greece in batches of 15 artifacts to be put on public display here. In 2049, at the end of the 25-year period, the Greek state can extend the loan to the Met for another 25 years or bring the entire collection back to Greece. The Met is obliged to clearly state that the idols belong to the Greek state, while also organizing campaigns to promote the Cycladic civilization and also to provide scholarships for Greek archaeologists.

The Met first reached out to the Greek Ministry of Culture in June 2020, informing it that Stern had expressed an interest in showing and donated his collection to the American museum and was asking whether the Greek state was aware of its existence. During the negotiations that followed, it was agreed that principal ownership of the artifacts would pass to the Greek state as stipulated by the country’s archaeological law.

For this to happen, it was essential for an interim agency to be founded – the Delaware-based Institute of Ancient Greek Culture – to which the collector donated the collection, with all the tax benefits foreseen by US law. Sources told Kathimerini that the president of the institute will be the president of the Museum of Cycladic Art, which is one of the parties of the agreement. The majority of its board will also be Greeks. The institute, the sources added, will be involved in similar agreements in the future.

Culture Ministry sources told Kathimerini that the New York museum inspected the titles of ownership of the collection and nothing was found to be amiss.

“A country has an obligation to get its cultural commodities back,” Culture Minister Lina Mendoni told lawmakers in the runup to Thursday night’s vote. This, she added, can be accomplished via legal claims, but also with more “moderate strategies,” she said, defending the controversial agreement.