Greece sees spike in US tourist arrivals in 2022

The Greek chapter of ASTA was awarded for the second year as the fastest growing internationally.

The increase in regular flights offered by US airlines to Athens and Thessaloniki has helped to greatly boost tourist flows from the United States, the American Society of Travel Agents (ASTA) for the region of Greece said on Friday.

The Greek chapter of ASTA was awarded for the second year as the fastest growing internationally. 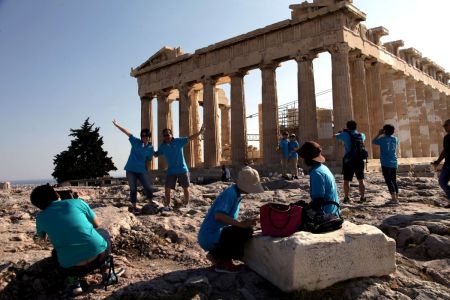 The agreement reached with US airlines for 63 direct flights per week from the US Athens’ international airport resulted in many “high-spenders” visiting Greece. According to statistics, the average American’s travel budget reaches 2,000 US dollars per person per week, of which 25% is spent on accommodation and 15% on food.

“Greece is among the distinguished destinations of ASTA, especially for this year,” said Leonidas Babanis, president of the American Society of Travel Agents (ASTA) for the Greece-Cyprus region.

Tourism Minister Vassilis Kikilias said on Friday this data confirms Greece’s strategy for 63 direct flights every week from the US, adding that the increase in wealthy visitors has given and continues to give added value to tourism revenues by strengthening entrepreneurs and employees in the sectors of accommodation, catering, and commerce.

EU member-states are “close to reaching an agreement over a new Migration and Asylum Pact,” Schinas said, expressing the belief it will be ready before the current European Commission’s term ends in 2024.

Mitsotakis chatted with children about their school life, the FIFA World Cup 2022, and soccer.