Although in Greece’s “hot market” (supermarkets, food stores, etc.) beer sales have… cooled down, in the “on trade” channel, i.e. bars, cafes and restaurants, beer is selling like the proverbial hotcakes, with the revenues of Greek breweries, large and small, increasing to the cheers of tourists.

In 2022, despite inflationary pressures and high costs in energy, raw materials, packaging and transport, the domestic beer market looks set to close at pre-Covid-19 levels, approaching 4 million hectoliters. In fact, if the forecasts for the extension of the tourist season are confirmed, the total return to pre-pandemic levels is considered a given.

However, the rally in natural gas prices and raw materials such as malt is a big challenge for the entire industry. 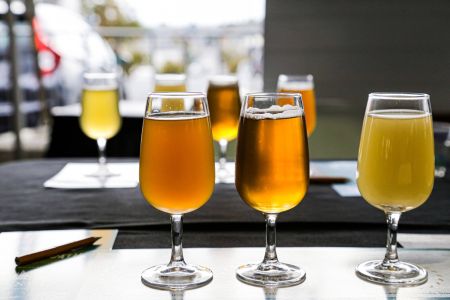 Despite the large price hikes in raw materials and transportation, breweries claim that the increases they have made range in an average low percentage (6-9%) as they are absorbing most of the increase themselves.

The image of the sector in Greece is reflected in the course of the economic data of the main “players”, who control a total of 78-80% of the market.

With domestic beer volume sales up 11% over 2020, Athenian Brewery‘s net sales grew by double digits in 2021, even surpassing 2019’s performance.

As stated in the company’s financial statements, net sales increased by 24.86% due mainly to the increase in the sales volume and distribution of Bacardi products.

Bacardi is largely responsible for the company’s impressive increase in pre-tax profits, which reached 34.14 million euros, an increase of 285.49%. In fact, it was 84.8% higher than in 2019.

For this year, Athenian Brewery management reports that the result of the first half of 2022 will be “sufficiently profitable for the company”, while the company’s strategy remains stable in terms of controlling operating costs and continuously monitoring credit risk