Pagenews.gr / English Edition / Fmr. FM Dora Bakoyannis: For the first time I am worried about Turkey

Ms. Bakoyannis predicted that Turkey will continue this rhetoric and make an effort to irritate Greece

“For the first time, I am worried by the scene set by the Turks with their aggressive rhetoric and I am not one of those who predict war every week,” said MP and former Minister of Foreign Affairs, Dora Bakoyannis, adding that “the period that scares me the most is that of the lack of government that will exist between the first and second elections”.

As she noted about Turkey’s aggressive rhetoric, “it is a language that has never been heard before. It has never happened before in the past that a country directly threatens a NATO ally with war” she noted and, answering why the Turks are doing this, she emphasized: 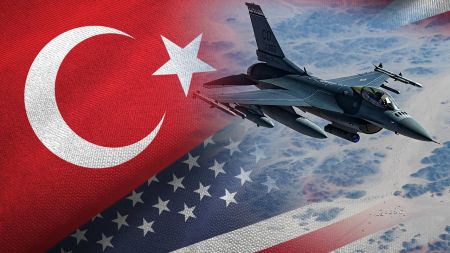 “Turkey is in negotiations with America and they are trying to blackmail them on five points:

2) With the attack they made in Syria

4) They were also excluded from the F-35

“The Turks are telling the Americans that ‘we will make trouble if you don’t meet our demands’.”

Ms. Bakoyannis predicted that Turkey will continue this rhetoric and will make an effort to irritate Greece, so that we make a mistake and get charged for something, the first wrong move. But our armed forces are experienced and we must avoid ill-treatment, noted the New Democracy MP.

“I fear the pre-election period”

To a question about whether she is afraid that Turkey might try to… come to Greece at night (as Mr. Erdogan says so often), Ms. Bakoyannis answered that: “The period I fear the most is the period of the caretaker government. Between the first and the second elections, when we will be with a caretaker government”.

However, Mrs. Bakoyanni noted that “Turkey has never attacked an armed and organized country. It has entered Libya and Syria in countries that, at the specific time of the attack, had disintegrated.”

Ms. Bakoyanni noted that “Erdogan will not come night or day. He knows that something like this is suicidal for Turkey’s position tomorrow. He will try to make Greece make the mistake”, while regarding the elections in Turkey, she emphasized that: “I still believe that Erdogan will win the elections since he has a fragmented opposition against him”.