Prime Ministers push for a gas price ceiling in Rome

The Prime Ministers of Greece and Italy, Kyriakos Mitsotakis and Mario Draghi,had a working dinner that lasted over two hours

The Prime Ministers of Greece and Italy, Kyriakos Mitsotakis and Mario Draghi, met Wednesday at the latter’s official residence in Rome. 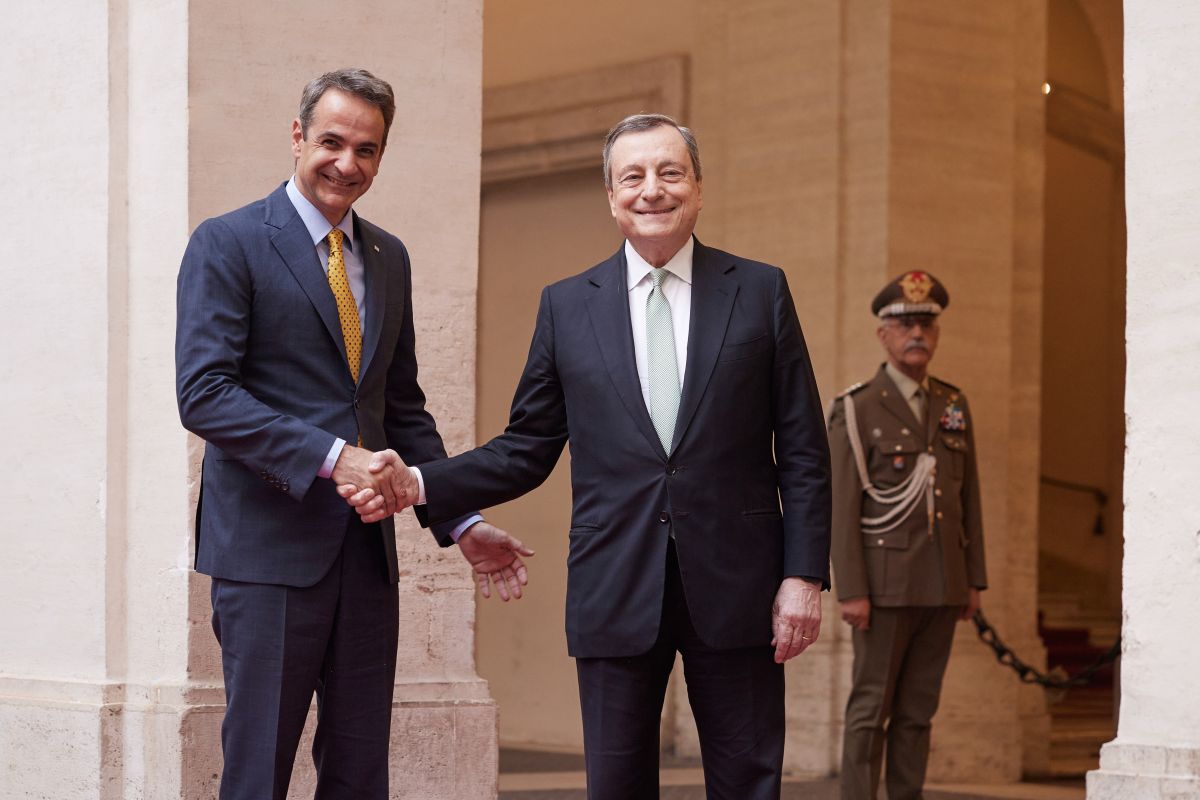 The two discussed the great economic and security challenges, including energy and food supplies, facing the EU after the Russian invasion of Ukraine and agreed to place on the Council meeting agenda’s again the need for a ceiling on the wholesale price of natural gas.

Draghi briefed Mitsotakis on his recent visit to Kyiv and, besides the gas price issue, the two agreed on the need for the EU to be weaned off its dependence on Russian fuels.

He also noted the need for the Council to send a positive message regarding the quest of all six Western Balkan states to become EU members.

Earlier this month, ahead of a summit in Thessaloniki of the South-East European Cooperation Process (SEECP), Mitsotakis had written an article, published in Politico, saying the EU should offer the integration of all six nations of the Western Balkans into the EU by 2033 in what he called a “bold but necessary step.”

Mitsotakis briefed Draghi on the latest developments in the Eastern Mediterranean and Turkey’s aggressive posture in the region.

Draghi and Mitsotakis discussed ways to revive the political process for the de facto reunification of Libya and called on all sides to avoid violence.

The two leaders agreed that bilateral relations are excellent and that there are opportunities to further deepen cooperation.

Kyriakos Mitsotakis: time to fight for our European identity and stability in “This is Europe debate”

Kyriakos Mitsotakis: time to fight for our European identity and stability

Μαρία Πασσά 06.07.2022 | 10:13
Kyriakos Mitsotakis: time to fight for our European identity and stability in “This is Europe debate”

According to research by World Travel Market

The Spanish-language edition of the National Geographic magazine has a tribute to three Greek islands.