Keraboss Super K: The first Greek car approved and certified by the state

The Keraboss Super K, manufactured by the Greek innovative company Keraboss Car Manufacturing, has become the first Greek car approved and certified by the Greek state. The car, known as a MOIK (‘Individual Vehicles of Special Construction’) vehicle is in a special category of vehicles. 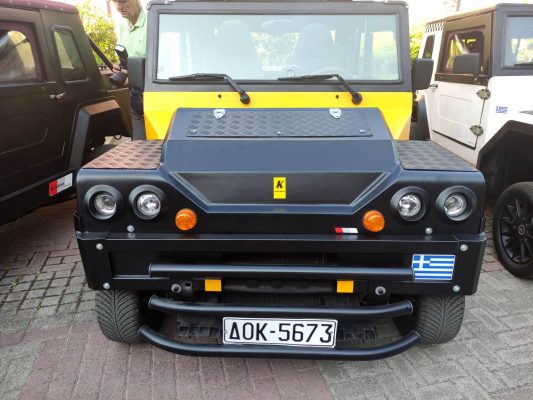 “The way was opened for an approved certified Greek car,” said Deputy Minister of Transport and Infrastructure a6ba0-a7a9-446b-96c9-a59bc34d12a4 at the event for the first presentation of the first car built in Greece and received license plates, after coordinated actions by the relevant ministry and the Region.

On the occasion of the event on June 22, the Deputy Minister of Transport sent an open invitation to Greeks abroad who are involved in car construction to return to Greece and do business, now that the ministry has created the legal framework for similar initiatives.

“We support such initiatives and we will be by the side of any effort,” he said

On his part, Attica Regional Governor George Patoulis noted that today is the result of cooperation between the region and the competent ministry. 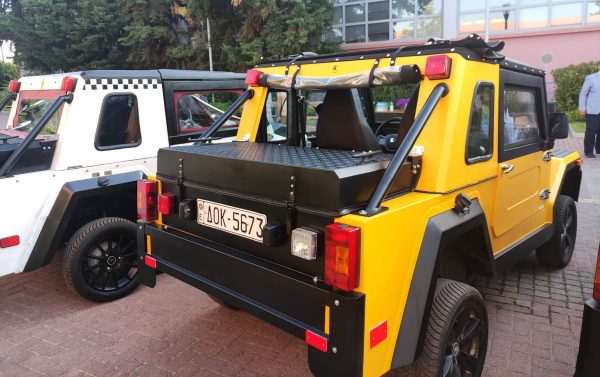 “Today, after many years, license plates were issued, as now the region has created all the tools so that the citizen does not suffer, either in terms of license plates or driver’s licenses,” Patoulis pointed out.

In fact, this project was carried out for the first time in Greece, as was emphasized in today’s presentation at the Attica Region General Directorate of Transport (156 Mesogeion Avenue, Cholargos, 15510) in the presence of Deputy Minister of Transport Papadopoulos and Regional Governor Patoulis.

In fact, it is the first Greek car that in 2022 received license plates to circulate on Greek roads and in this way opens the way for new initiatives for Greek entrepreneurs.

A Greek ‘golden visa’ and how to get one

Amorgos completely booked out in July and August

Considering the natural beauty of Amorgos, it is little wonder why tourists are flocking to this island like never before.