Tourism: The best July of all time for South Aegean islands

Tourism in Greece is soaring this year. Even the most optimistic forecast is dwarfed by the demand by tourists for vacations on South Aegean islands during this year’s tourist season, as result of the successful management of the pandemic in the two previous years.

After the consistently higher traffic, vis-à-vis 2019 , from the start of the 2022 tourist season, which began earlier than other years, until last month, international arrivals during the first ten days of July, in Dodecanese and Cyclades, are soaring, surpassing the record year of 2019 with the unprecedented growth rate of 25% at the Regional level.

Based on official data from Fraport, all four international airports of the South Aegean (Rhodes, Kos, Mykonos, Santorini) record tourist flows: Rhodes more than doubled the rate of increase recorded in the first months of the season to 18% with 173,205 passengers, compared to 146,605 in the first ten days of July 2019. Kos also surpassed the performance of 2019 for the corresponding period, attracting 83,667 in just ten days, from 73,766 in the year before the pandemic, an increase of 13%.

As for the Cyclades, the facts about the islands of Mykonos and Santorini are mind-boggling. Mykonos was visited by 49,713 tourists from abroad, 37% more than in the corresponding period of 2019 (36,281). Finally, an explosion of tourist flows is noted for Santorini, which more than doubled the 2019 record and achieved an increase of 62% in July with 58,071 visitors compared to 35,799 in the first ten days of July for 2019. 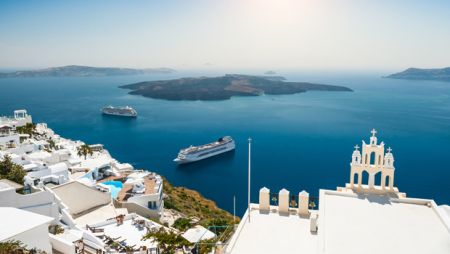 The rate of flights from abroad to the international airports of the South Aegean is dynamically increasing. With a total of 2,403 flights in just the first ten days of July, Rhodes receives an average of 106 aircraft per day, Kos 54, Mykonos 35 and Santorini 40, remaining unaffected by the delays and cancellations at foreign international airports for the time being.

With the peak months of the tourist season coming up, arrivals to the islands of the Cyclades and Dodecanese already exceed 2 million – 2,046,335 to be exact – through 13,006 direct international flights at the 5 international airports of the South Aegean by July 10. 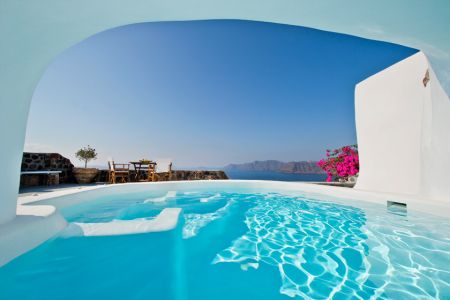 Top markets by island for the month of June