Michael Jordan chose our country to spend moments of relaxation. The greatest basketball player of all time who is now a highly successful businessman with “Jordan Brand” selling like…crazy vacations in Halkidiki. In particular, it is based in Ierissos and what catches all eyes is the ultra-luxurious yacht O’Pari. A 95-meter floating beast, which was actually built in Greece and which “Air” rents for the… paltry sum of 4 million euros per month. 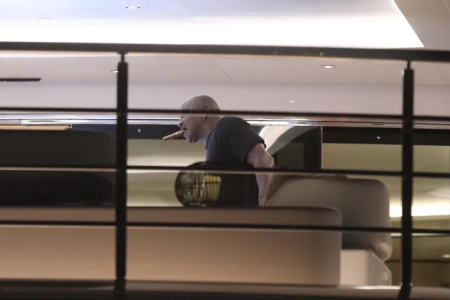 It should be noted that Michael Jordan also has his own yacht named Joy, which he uses for his trips to the Caribbean. Its value is 80 million dollars and it has much more… comfort.

This is not the first time that Michael Jordan chooses Greece for his holidays as he was in our country in 2013 for his honeymoon after his marriage to the Cuban-American Yvette Prieto.