It was his second ATP Masters 1000 crown. 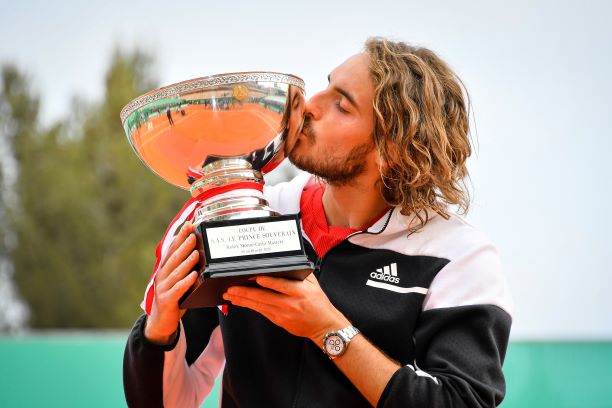 “I am very proud of myself,” Tsitsipas said in his on-court interview.

“Things weren’t going well at one point, but I managed to stay composed to finish the match off. I am really proud with the belief I put in my game.

“Sometimes you doubt yourself, but it is always important to keep your head high.”

The Greek, who was appearing in his fourth final at this level, struck his forehands with fierce topspin and accuracy and recovered from failing to serve out the match at 5-4 in the second set to capture his first trophy of the season.

“He fought in moments I didn’t expect him to fight,” Tsitsipas said.

“He can hit incredible winners out of nowhere and play unpredictably.

“But I was able to minimise that. I knew he would be a dangerous opponent but that is a great win for me.

Mitsotakis: Sovereignty of Greek islands not up for discussion

The sovereignty of Greece’s islands is not up for discussion, Prime Minister Kyriakos Mitsotakis has said, amid recurring Turkish provocations in the Aegean and the eastern Mediterranean.

The Minister of Development talks of Black Friday... and the household basket

Gastronomic heavy hitters aside, Santorini came in a very respectable 19th on the list.

The Egyptian farm workers will have the right to enter and stay in Greece for up to nine months before returning home.

On Thursday, Greek Prime Minister Kyriakos Mitsotakis delivered an address at an international conference entitled “The Next 50: The Future of World Heritage in Challenging Times, Enhancing Resilience and Sustainability”. The conference is being held at the eponymous Delphi site in south-central Greece.

Meloni: Greece and Italy can work on a solution to migration; sovereignty over Aegean Islands is undisputed

Athens mayor calls for a Tourist tax on Visitors