Strong mobility for the construction of new commercial spaces in Attica, Thessaloniki, Patras and Crete – It is estimated that by 2025 malls will have increased by 35%

At a time when even the legendary “middle aisle” of German discount chain Lidl is “shrinking”, as consumers, having to pay exorbitant energy and food bills, turn their backs on non-essentials such as clothing, footwear and household items, in the Greek market, investments in new commercial spaces have caught fire.

New generation malls that will have been launched by 2025 will increase the total sales area of ​​the operating shopping centers in the domestic market by 30%, while if the areas of retail parks, indoor food markets and luxury stores that are being built are also counted, the rate of increase exceeds 35%. 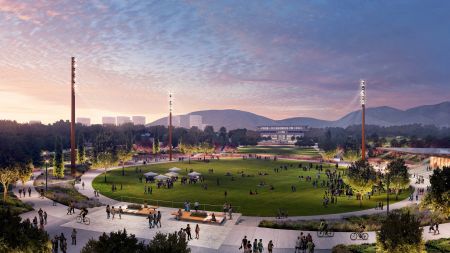 Despite the inflationary boom, energy crisis, emerging uncertainties in the economic environment, problems in the supply chain and the shift of consumers to digital sales, the demand for commercial space has not declined, report real estate market executives.

The recent acquisition of the McArthur Glen discount village in Spata by Lamda Development marks the return of investors to retail, a sector that had weakened due to the restrictions of the pandemic. And it is not a Greek phenomenon, since this year an increase in investment in retail stores has been noted both in Europe and in the USA.

Two of the new shopping centers being planned are located in the Ellinikon mega project.

This is the new shopping center on Vouliagmenis Avenue, with an area of ​​130,000 sq.m., which will be 1.5 times the size of The Mall Athens, and the luxurious Marina Galleria in the southern part, close to the new casino resort as well as the residential units, which are expected to come into operation in 2025.

So far, tenant interest in Vouliagmenis Mall exceeds 80% of the gross leasable area, and by 2023 preliminary agreements are expected to have been signed for 65% of the 85,500 sq.m. area.