The GNTO, as it underlined in an announcement, on a constant basis supports initiatives that promote special forms of tourism in Greece, enrich the Greek tourist product and enhance the international image of the country.

Greece is venturing into sports tourism as the next growing sector with five, high-level international sports tourism events scheduled in the coming days on the islands of Santorini, Corfu, Sifnos and Mykonos and the town of Nafpaktos, under the auspices of the Greek National Tourism Organisation (GNTO).

The GNTO, as it underlined in an announcement, on a constant basis supports initiatives that promote special forms of tourism in Greece, enrich the Greek tourist product and enhance the international image of the country. 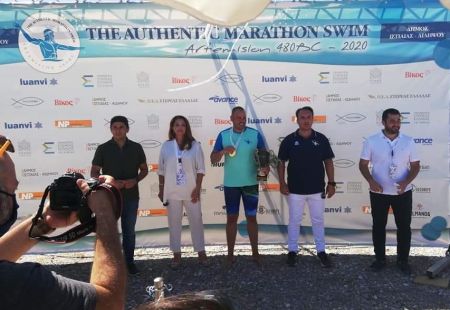 In particular, from September 23 to September 25, the Santorini Experience, an event that combines swimming and running, will take place in Santorini for the 6th year.

On September 24, the Corfu Old Town Trail international running event is being organised in the city of Corfu, which is the “city version” of the successful “Corfu Mountain Trail”.

Participating athletes will run 7km and 14km routes, respectively, starting and ending in the famous Liston Square, crossing the old town, a UNESCO World Heritage Site, in between. In 20 different parts of these corridors, small artistic surprises have been organised for athletes and spectators

From September 24 to October 2, the Lepanto Formula Kite European Championships 2022 will be held in Nafpaktos, as part of the events of the Municipality of Nafpaktia for the celebrations of 451 years since the historic Naval Battle. Formula Kite is a high-demand Olympic sailing event and is the epitome of kiteboarding.

Finally, on the weekend of October 1 and 2, the 1st Mykonos Running Festival will take place in Mykonos, which includes a Half Marathon (Mykonos Gold), as well as Roads for Health and Dynamic Walking 10 km (Mykonos Run) and 2.5 km race (Mykonos Family Run).