Greek hoteliers are now in the for the next tourist season, with the expectation that 2023 will be the year when they will really recover their income, beyond arrivals, which are estimated to travel to Greece already this year – and in some cases will break – the records of 2019.

This year’s tourism receipts, according to market pundits, will strengthen the state’s revenues more and the coffers of tourism businesses less. Hoteliers are faced with accumulated obligations but also with unprecedented operating costs that they could not foresee when they closed 2022 contracts with tour operators… at 2019 prices!

As they point out, since the beginning of this season, businesses have been raising money to cover accumulated obligations that arose during the pandemic. “It’s the refundable down payment, bank loans and installment arrangements for the tax bureau and insurance funds, while we all experience increased energy costs and inflation affecting our operating costs. Food prices increase every week and we cannot constantly adjust our pricing policy accordingly” they say.

According to the president of the Panhellenic Federation of Hoteliers (POX) Grigoris Tassios, “2022 is a good year for the state’s revenues, but a transitional one for hoteliers, due to the unexpected jump in operating costs and the differentiation of arrivals – revenues by region. Businesses expect to be able to restart in 2023, with more people and better prices.”

The new contracts Already at this moment, the first negotiations between the hoteliers and the major tour operators of Europe are underway for the tourist packages of 2023.

The prices in the new contracts include increases ranging between 7% and 10%, and in many cases an inflation adjustment clause is also agreed between the two sides, so that if the current situation escalates, hotelierσ can be protected. This tactic is considered “fair” by all, especially at the current juncture when no one can predict what will happen in terms of inflation and energy prices. The same information also speaks of hoteliers who are now asking for increases of the order of 15%-20% for 2023 contracts, which the tour operators, however, avoid accepting in writing.

As they argue, inflation does not only concern tourism suppliers such as hoteliers, but also the average European household, who in the autumn will see the effects of inflation and it is unknown whether they will be able or willing to pay the greatly increased prices of vacations for 2023. 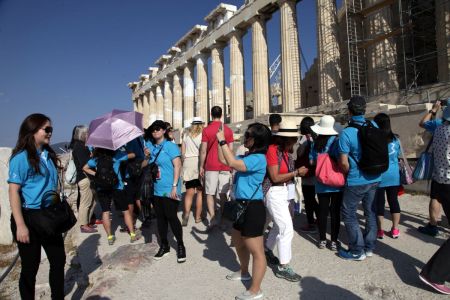 However, German tour operators, who have the first say in the negotiations for the 2023 contracts, discount from now on that next summer the prices of the organized holiday packages they will offer to the market will be higher than this year’s, which were characterized by the recovery of travel, which was up compared to 2019.

Germans According to the Federation of German Travel Agents (FVW), consumers will need to reach deeper into their pockets to purchase holiday packages in 2023 as prices for both hotels and air tickets have risen. Partner hotels in all destinations, as the German tour operators point out, need to manage increased costs in energy, food, and employee wages.

However, there are different opinions about the amount of increases in tourist packages. At DER Touristik, Vtours and TUI, execs expect hotel price increases to range from 5% to 10%, while at Alltours they estimate that the increase will not be as large.

At the same time, there are more than a few Greek hoteliers who seem cautious about the outcome of the next tourist year. As they say, today, when the agreements for the tourist packages of the summer of 2023 are being closed, there is great concern about the coming winter.

“When you hear that in Germany they may not have natural gas for a few hours every day, you wonder if the Europeans, who are the main suppliers of Greek tourism, will have money to come on vacation to Greece” they emphasize.