COP27: Greek participation and the agreement with Egypt

What was on the table of global finance ministers

Limiting the economic impact of Climate Change was put on the Financial System Day of the COP27 conference in Sharm El Sheikh, in which Greek Finance Minister Christos Staikouras participated.

The meeting brought together finance ministers from all over the world, as well as representatives of the global financial system, to hold multilateral and bilateral meetings, with the aim of limiting and dealing with the ever-increasing economic effects of climate change. 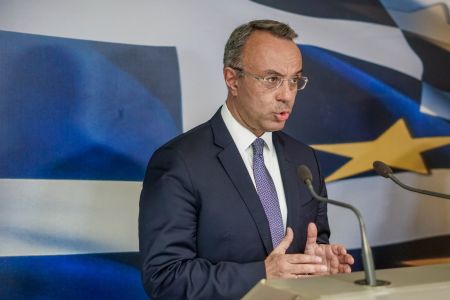 At the closed meeting of the Alliance of Finance Ministers for Climate Action, with the participation of the heads of the World Bank, Mr. David Malpass, and the International Monetary Fund, Ms. Kristalina Georgieva, the need to boost investments for adaptation to climate change was highlighted.

In this context, the Greek Minister of Finance, during his intervention at the meeting, underlined that the economic damages caused by climate change can bring significant challenges to state budgets and fiscal planning, especially in the current environment of increasing international uncertainty and successive crises . That is why, as he pointed out, the Ministers of Finance are called upon to play a decisive role in promoting policies towards the effective and timely redirection of appropriate funding for adaptation to climate change.

Mr. Staikouras also made special reference to the Greek Government’s response to the above challenges noting that Greece recently adopted its first National Climate Law, which sets a coherent framework for the integration of climate adaptation into sectoral policies. At the same time, the Ministry of Finance continues to work systematically to integrate the climate dimension into macroeconomic and financial policies, including parameters related to adaptation to climate change.”

The Greek Minister of Finance also had a bilateral meeting yesterday with his Egyptian counterpart, Dr. Mohamed Maait. After congratulating him on the Egyptian Presidency of COP27, Mr. Staikouras discussed with him the current economic developments and the possibilities of further strengthening the bilateral cooperation, while highlighting the importance of the excellent relations between Greece and Egypt.

Following the meeting, the signing of a Cooperation Agreement between the Ministries of Finance of the two countries is underway.

According to the relevant announcement, “Greece, dynamically present in the international discussions on Climate Change, supports the Paris Agreement, promotes collaborations and takes initiatives aimed at integrating sustainability into economic policy and promoting investments for Green and Energy Transition of the country, in terms of economic efficiency and social justice”.