With a name that literally means ‘City of Victory’, one can only imagine the history that has been created in such a place as the city of Nikopolis in Preveza, in the region of Epirus, Greece.

Covering an area of 900 hectares (approximately 14,000 acres), Nikopolis was the largest ancient city in Greece.

The city was founded in 29 BC by Octavian as a symbol of his great victory over the combined Antony and Cleopatra at the Battle of Actium, which took place nearby in 31 BC.

The Battle of Actium was an event of tremendous historical significance as it altered the entire political and cultural context of the time. This is because it was the last of the civil wars of the Roman Republic, signalling the end of the oligarchic/ democratic Roman Republic and the beginning of the autocratic Roman Empire. 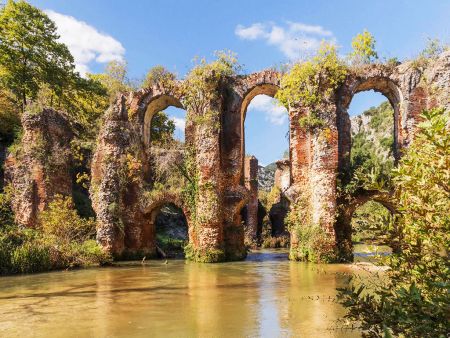 The dominance of Octavian, who became the first Roman Emperor and the most powerful man in the Roman world, brought peace to the Roman state after many civil wars.

Octavian, also named ‘Caesar Augustus’ (meaning ‘the exalted one’) by the Roman Senate, built his beautiful and historic town on the narrowest part of the peninsula which separates the Amvrakiko Gulf from the Ionian Sea.

Situated on one of the most important routes connecting the western world with the Greek province, Nikopolis proved to be a flourishing city of great military and political importance, ensuring Roman control of the East Mediterranean. It was the administrative capital of Epirus for seven centuries.

Nikopolis is also called the ‘Greek Pompeii’ and not without reason. To give life to his ambitious plans, Octavian moved people from the adjacent cities of Epirus, Leucas and Acarnania to Nikopolis, forcing them to live in his new city, along with Roman settlers.

Nikopolis is estimated to have been home to up to 100,000 inhabitants in its prime, being one of the largest urban centres of the Roman world. Therefore it provides an intensive model for studying the development of the Roman residential concept.

A UNESCO World Heritage site, the archaeological site of Nikopolis preserves the unique character of the ancient city, while a large number of buildings of monumental importance allow key aspects of a city of Late Antiquity to be visualised. 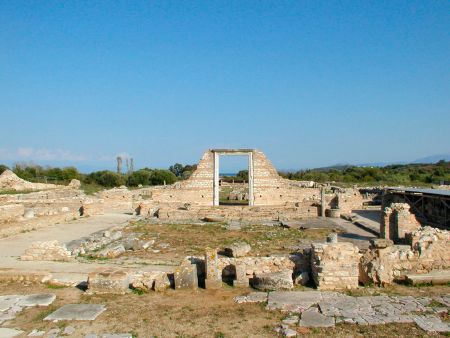 In addition to large sections of the original walls, some of the most prominent features of the ruins of Nikopolis, now known as Palaea (Old) Preveza, include:

In addition to its great beauty, Nikopolis is an ideal destination for anyone who likes to take a deep journey into history.