The 2022 Greek Film Festival returns to Australia to play across capital cities following a due year hiatus courtesy for the pandemic which made in-person events prohibitive.

In Sydney, and Melbourne the festivals opens on 13 October and runs till 23 October and 30 October respectively with the opening night screening Eftihia:

Closing the festival on Sunday 23, October is Gregoris Karantinakis’ Smyrna which follows Filio, an elderly Greek American woman whose family diary recounts the turbulent history, shaped by international developments, and brings past and present together. 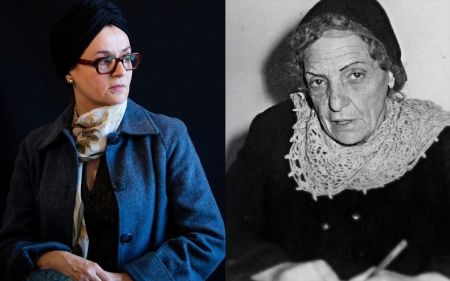 This year’s festival is dedicated to the 100th Anniversary of the Asia Minor Catastrophe. An event described as ‘changing the face of Modern Greece’.

“We’re thrilled to showcase another eclectic lineup that is just a small sample of the rich stories that hail from Greece” says Festival Chair, Nia Karteris.

“This is not only a celebration of strong, Greek voices from around the world with a program that we know will resonate with, inspire and bring joy to Australian audiences; but also, a reflection of the life changing events that shaped and altered many Greek lives.”

The application, which the court accepted, concerns his arrival in Greece in 1998, his application for asylum and his arrest in Kenya in February 1999.

Κώστας Καλλιαντέρης 02.12.2022 | 08:39
Countdown to Christmas Kicks Off in Athens with Tree Lighting Ceremony